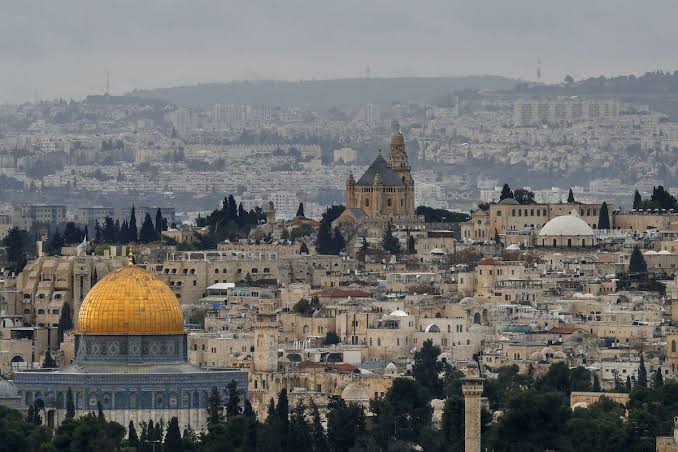 Democratic Party member Joe Biden took office in the White House following Republican Donald Trump, who made structural and conjunctural adjustments to American foreign policy. Biden, who took office after a contentious election season, faces a very challenging foreign policy agenda. The Palestine issue is one of the most critical topics on the new president’s foreign policy agenda. In contrast to Trump’s harsh decisions toward Palestine under extreme pressure from the Israeli lobby, which is so powerful in American politics, a comparatively optimistic atmosphere against Palestine appears to prevail in Biden’s term so far. However, we should not be misled by the optimistic environment and cannot predict that the US’s relations with Israel and policies toward the Palestinian problem will change dramatically.

The first is the decision by the US to relocate its embassy in Israel from Tel Aviv to Jerusalem. This decision, which no previous US president had dared to make, was taken on December 6, 2017, as a result of Trump’s son-in-law Jared Kushner’s efforts, who had a close relationship with the Israeli lobby. Following its decision to recognize Israel’s declaration of Jerusalem as its “eternal capital,” the Trump administration encouraged other countries to do the same. However, only a few countries have so far responded positively to this call by relocating their embassies to Jerusalem.

This strategic blunder, which could not be rectified even in the long run, disregarded not only the sensitivity of the oppressed Palestinian people, but also the sensitivity of all Muslims. With this decision, the US administration lost its so-called “mediating” position between Palestine and Israel, as well as its relations with Palestine, as the Palestinian administration decided to cut off all links with the US in response to its decision to relocate its embassy. Following that, on September 10, 2018, the Trump administration decided to close the Palestine Liberation Organization (PLO) Mission office in Washington, which had been open since 1994. With the Trump administration’s recognition of Jerusalem as Israel’s capital, hope for a two-state solution has also dwindled.

The second was the Trump administration’s decision in August 2018 to halt all assistance to the United Nations (UN) agency formed to help Palestinians (The United Nations Relief and Works Agency for Palestine Refugees in the Near East – UNRWA). While the Trump administration cited issues with the agency’s operations as reasons for this decision, the international public viewed it merely as a new stage in US support to Israel. Following this announcement, the Trump administration reacted angrily to UNESCO’s (United Nations Educational, Scientific, and Cultural Organization) decision to designate the Old City of al-Khalil (Hebron) as a Palestinian world heritage site. As a result of this decision, the US and Israel decided to withdraw from UNESCO in January 2019. This decision, made primarily to appease the Zionist lobby in the US and Israel, was interpreted as a concrete manifestation of populist politics.

The third project is President Trump’s “Deal of the Century,” which he claimed would end the Israeli-Palestinian conflict for good. At a press conference with Israeli Prime Minister Benjamin Netanyahu in January 2020, Trump announced a so-called peace plan for the conflict. However, the project’s inclusion of irrational terms such as “administrative control of Jerusalem will be left to Israel,” “Palestinians will be given a piece of land only to the east of Jerusalem,” and that they will have no army revealed that the plan explicitly served Israeli expansionism. This initiative, on which Kushner once again operated behind the scenes, was viewed as the “betrayal of the century” by the international community, despite the US government portraying it as an innocent plan. Meanwhile, it has been observed that some parties, whether consciously or unconsciously, separate the Palestinian cause and Jerusalem and regard them as two distinct issues, which serves only Israeli expansionism. As a result, we must emphasize that the Palestinian cause and the status of Jerusalem cannot be regarded in isolation.

On the other hand, the picture painted by the Biden administration so far in regards to the Palestine issue appears to be relatively more optimistic. In this context, although he is new to his office, Biden’s announcement that he would make an effort for a two-state solution between Palestine and Israel, and that aid cut during Trump’s tenure would be reinstated, is critical for the re-establishment of the relations. In fact, Palestinian President Mahmoud Abbas stated that the relations between the two countries could normalize if the Biden administration keeps its promises on the Palestinian issue.

The Biden administration’s decision to provide $15 million in funding to Palestine last month to combat the COVID-19 pandemic, as well as $75 million in economic and development assistance to the West Bank and Gaza, and $150 million to UNRWA this month, could be seen as the first step toward normalization of bilateral relations as well. Furthermore, the statement in the US State Department’s 2020 human rights report, “It is a historical fact that Israel occupied the West Bank, Gaza, and the Golan Heights…” could also be considered part of the normalization phase.

In addition to these, meeting with Palestinian President Abbas would be the most important step that the Biden administration could take for the normalization of US-Palestine relations. The opening of at least a consulate for Palestinians in East Jerusalem, the re-opening of the PLO office in Washington, as well as active diplomatic efforts for a two-state solution, are also key for the restoration of relations. Similarly, Israel must be pressured to reverse the UNESCO decision (the product of a strictly populist attitude), increase financial assistance to UNRWA and Palestine, and end illegal Jewish settlements. Only under these circumstances could a realistic agenda emerge for the resolution of the Palestinian issue.

In a statement about the Palestinian issue shortly after taking office, Biden’s Secretary of State Antony Blinken said that the new administration would continue to recognize Jerusalem as the capital of Israel. Blinken also argued against the International Criminal Court’s decision (on Feb. 5, 2021) that it has jurisdiction over crimes committed in Gaza, the West Bank, East Jerusalem and other Palestinian territories. Both of these statements imply that the Biden administration does not want to jeopardize its relations with Israel and will not completely fulfill its responsibilities in the Palestinian issue. Furthermore, recalling Biden’s 2013 statement as Obama’s vice president that “If there were no Israel, we would have to invent one to make sure our interests were preserved,” we must restrict our expectations of the Biden era on the Palestinian issue.

In conclusion, since the strategic relations of the US with Israel and its attitude towards the Palestinian issue are state policies that transcend ruling governments, we should not anticipate a radical shift during Biden’s term. The Trump administration’s decision to relocate the US embassy to Jerusalem, which is also claimed by the Biden administration, is a particularly significant indicator in this regard. On the other hand, it is anticipated that the tough stance taken against Palestine during Trump’s presidency will soften during Biden’s presidency, and that US-Palestine relations will revert, at least partially, to pre-Trump levels. The Biden administration’s recent actions to send financial assistance to Palestine and restore aid suspended during Trump’s presidency raise hopes for normalization. Therefore, during Biden’s presidency, there is cautious optimism about US-Palestine relations and the Palestinian issue-AA