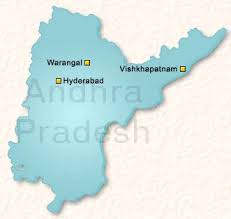 Hyderabad, April 23: The daughter of a legislator in Andhra Pradesh Tuesday approached a court, alleging that her father “detained” her at home for four years and also tried to get her re-married after she married her lover against his wishes. The father dismissed the claims.

E. Ramya, daughter of ruling Congress party legislator Eeli Nani, approached the Legal Services Authority in Guntur, claiming that she was kept under “house arrest” by her father since she married her classmate Sandip in 2008 after a love affair.

She alleged that Nani, who represents Tadepalligudem assembly constituency in West Godavari district, also got Sandip “kidnapped” by police. Stating that she fears for his life, she urged the authorities to intervene in the matter.

The girl cried before the judge, who ordered police to shift her to the women’s protection centre.

Ramya revealed that she was in love with Sandip, her classmate in an engineering college. They married secretly after a four-year-long affair. However, her father refused to accept the marriage and did not allow her to move out of the house.

Meanwhile, talking to reporters in Tadepalligudem, Nani said he or his relatives would never interfere in the life of his daughter. He denied the allegation that he kept her under house arrest or got Sandip kidnapped.

He also broke down before the media, saying no father should face what he was going through.
—