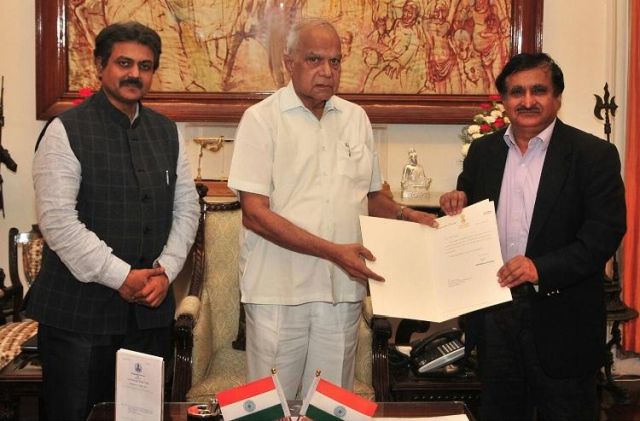 Chennai : The selection of M.K.Surappa as the Vice Chancellor of Anna University was done in a fair and transparent manner and as per the laid down eligibility conditions for the aspriants, said Tamil Nadu Governor Banwarilal Purohit’s office.

A Raj Bhavan statement issued here on Saturday said no distinction based on place/state of origin was provided in the Government Order in this regard, and the advertisement inviting applications for the post of Vice Chancellor was approved by the three member Search Committee for a suitable candidate.

Political parties in Tamil Nadu opposed the appointment of Surappa hailing from Karnataka as the Vice Chancellor of Anna University.

PMK founder S. Ramadoss on Friday said the appointment does not respect the feelings of the Tamil people and was condemnable.

When there were good educationists in Tamil Nadu, “importing” a person from another state was not acceptable, he said, adding that no Tamilian was appointed as Vice Chancellor for Central University of Tamil Nadu, Thiruvarur, Pondicherry University and The Indian Maritime University for a long time.

In a Facebook post late Thursday, DMK leader M.K. Stalin said at a time when the Cauvery water issue was at its helm, the appointment of Surappa was not acceptable.

Surappa had previously served as the Director of the Indian Institute of Technology, Ropar, for six years (2009-2015).

A Doctorate in Metallurgical Engineering, Surappa has 30 years of teaching experience of which 24 years were spent at the Indian Institute of Science, Bengaluru.

“The welfare of the Anna University and Engineering Colleges affiliated to the University, faculty and the students was kept in mind when making the selection,” the Raj Bhavan statement said.

“Since there has been no extraneous interference in the selection process and since the choice of the Vice Chancellor was done entirely in accordance with the statute, it is requested that politics be kept out and unnecessary mud slinging avoided,” the statement added.