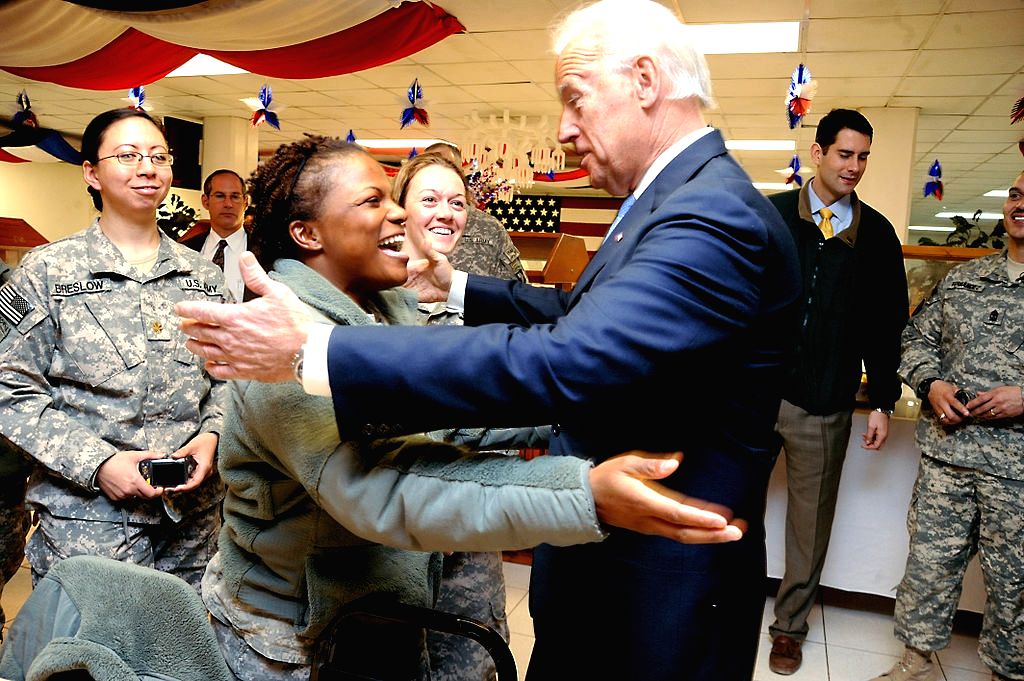 Announcing his plans on Wednesday to unconditionally bring home the last of the US military before September 11 this year, Biden said: “We’ll ask other countries, other countries in the region, to do more to support Afghanistan, especially Pakistan, as well as Russia, China, India, and Turkey. They all have a significant stake in the stable future for Afghanistan.”

The US and the NATO invaded Afghanistan after the September 11, 2001, attacks by the Al Qaeda using hijacked aircraft on New York and Washington.

The terror group was sheltered by the Islamic fundamentalist Taliban, which ruled Afghanistan.

The way out of Afghanistan was charted by Biden’s predecessor, Donald Trump, who had set a deadline of May 1 for troops’ withdrawal.

Biden is following through, but has extended the deadline to September 11, a date seared in American minds.

NATO also announced on Wednesday a collective withdrawal from Afghanistan.

NATO Secretary-General Jens Stoltenberg told reporters that there are 10,000 troops in Afghanistan, a majority from countries other than the US, and they would begin to be withdrawn starting on May 1.

The Kabul government of President Ashraf Ghani and the Taliban have been holding negotiations that began during Trump’s administration for power-sharing and transition.

The longest US war is estimated to have cost the nation more than $2 trillion, claimed the lives of 2,448 American personnel and left 20,722 troops wounded in action.

In addition, several tens of thousands of Afghans, many of them civilians, have died in the war.

Soon after his speech on his Afghan withdrawal plan, Biden went to the Arlington National Cemetery, the final resting place for military personnel

While Biden downplayed the terror threats from a Taliban-dominated Afghanistan, just a few hours before his speech, the head of the CIA issued a warning before a Senate panel that “there is a significant risk once the US military and the coalition militaries withdraw”.

CIA Director William Burns said: “When the time comes for the US military to withdraw, the US government’s ability to collect and act on threats will diminish. That’s simply a fact.”

Biden, however, was undeterred asserting: “We’ll reorganise our counterterrorism capabilities and the substantial assets in the region to prevent re-emergence of terrorists, of the threat to our homeland from over the horizon.

“We’ll hold the Taliban accountable for its commitment not to allow any terrorists to threaten the US or its allies from Afghan soil.”

Explaining the rationale for leaving Afghanistan, Biden said that the nature of the terror threats that brought the US and NATO forces to Afghanistan in 2001 have changed and now terrorists were “more dispersed, metastasizing around the globe”.

He listed Al Qaeda in the Arabian Peninsula; al-Nusra in Syria; the Islamic State in Syria and Iraq with affiliates in Africa and Asia.

Therefore, he said, “keeping thousands of troops grounded and concentrated in just one country at a cost of billions each year makes little sense to me and to our leaders”.

At the same time, he tried to reject any notion of a defeat, instead asserting: “We went to war with clear goals. We achieved those objectives. (Al Qaeda leader Osama) Bin Laden is dead, and Al Qaeda is degraded in Iraq, in Afghanistan. And it’s time to end the forever war.”

But the withdrawal would be unconditional.

He asserted that if the US exit was tied to conditions, certain questions such as justification for the continued impact on troops and money would have to be answered.

“And if you can’t answer them, in my view, we should not stay,” he said, making the retreat unconditional.

The Afghan withdrawal plan underscores Washington’s abandonment of nation-building and moulding societies to an image it imagines, and also a move away from the Middle East-Central Asia region towards what is perceived as the threat from China.

The US has already scaled back its troop presence in Iraq to a nominal 2,500 and is now on its way to leaving Afghanistan. This will let Washington put more focus and resources into the Indo-Pacific for meeting threats from China.

The Annual Threat Assessment report from the US intelligence agencies sent to Congress on Tuesday made China the top global danger to the country’s security.

Within the US, the two polar opposites, the left and the right, in politics have welcomed the Biden commitment to troop withdrawal, while the moderates of the Democratic and Republican parties have opposed it.

In a sampling of reactions, Senator Ted Cruz on the Republican Party’s right and Ro Khanna, a member of the House of Representatives belonging to the Democratic Party’s left, welcomed Biden’s decision.

But Mitch McConnell, the Republican leader in the Senate who is a moderate, criticised Biden and asked: “Why he thinks abandoning our partners and retreating in the face of the Taliban will make America safer?”

McConnell had also criticised Trump when he set the withdrawal deadline.

Democrat Senator Jeanne Shaheen, a moderate, tweeted: “The US has sacrificed too much to bring stability to Afghanistan to leave without verifiable assurances of a secure future.”

Biden, who is trying to draw India closer on the strategic front in the Indo-Pacific also wants to increase its involvement in Afghanistan.

It would be to India’s advantage to be involved in that country, which could harbour anti-India terrorists under the Taliban.

As Biden said, India has “a significant stake in the stable future for Afghanistan”.

India and the Taliban do not have a history of cordial relations, but that may be changing.

Prior to 2001, India had opposed the Pakistan-backed Taliban and supported the Northern Alliance.

With the US involvement imminent, New Delhi has tried to open a line to the Taliban.

Last year India’s External Affairs Minister S. Jaishankar participated virtually in the start of the talks in Qatar between the Taliban and the Kabul government expressing New Delhi’s support for an “Afghan-led, Afghan-owned” peace.

The Taliban, in turn, has denied reports that it supports terrorists in Kashmir and asserted that it was against interfering in other countries.

Biden said that he would hold the Taliban to its commitment to not allow any terrorists to threaten US allies from Afghan soil. The test will be if Taliban abides by the commitment and if the US can enforce it if it doesn’t.

New Delhi, which signed a Strategic Partnership Agreement with Kabul, has given Afghanistan economic assistance of over $3 billion since 2001 and also provided security assistance through training over 4,000 Afghan military and security personnel and supplying helicopters.

India has built Afghanistan’s parliament, a Taliban target for being a symbol of democracy, and is constructing a network of roads that would also provide a link for the landlocked country to a port it has constructed in Chabahar, Iran-IANS