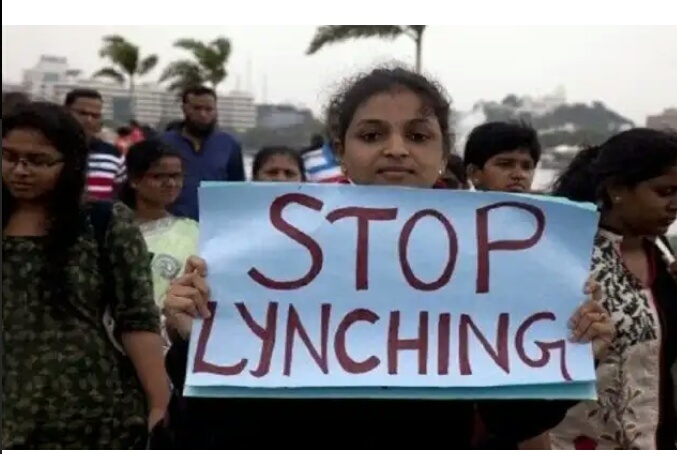 In another incident of mob lynching in Jharkhand, one man was killed and two injured in Khunti area on Sunday. Crowd attacked Kalantus Barla, Philip Horo and Phagu Kachchap in Jaltand Suari village, Khunti after word spread that the trio had been seen chopping meat, with the remains of a cow strewn around them.

“Seven people have been detained for questioning. An FIR will be lodged,” A.V. Homkar, deputy inspector-general of police, South Chhotanagpur, said.

“The three villagers, identified as Kalantus Barla, Philip Horo and Faagu Kacchap, are alleged to have been carving an animal prohibited for slaughtering. Other villagers spotted them and started beating them. However, police reached the spot as we got information and rushed them to hospital. Barla sustained grievous injuries and he died before reaching hospital. The other two are said to be stable,” DIG (Chhotanagpur Range) Homkar Amol Venukant told Indian Express.

“As soon as the local police learnt about the attack, they rushed to the spot and rescued the trio. They were brought to the local hospital, from where they were sent to RIMS, Ranchi,” an officer in Khunti said.

Jharkhand has witnessed a string of lynchings and mob violence incidents, with at least three such attacks being reported in September alone. All three of these attacks – in Sahibganj, Ramgarh and Dhanbad districts – were reportedly triggered by rumours of child-lifting and led to the victims’ deaths.

21 people have been killed by mobs in the state in the last three years. In September alone, at least three similar incidents have been reported across the state.