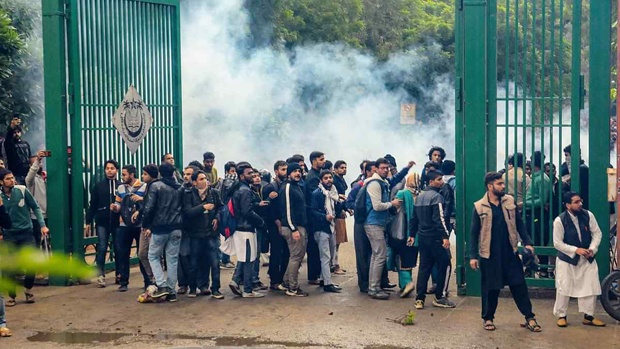 New Delhi, Dec 15: The Vishwa Hindu Parishad (VHP) on Sunday lashed out at opponents of the Citizenship Amendment Act 2019, terming those indulging in violent protests as “anti-national”.

But more interestingly, it trained it”s guns against Congress leader Rahul Gandhi for his “empathy for Pak-Bangladeshi infiltrators.”

Calling the anti-CAA protest a “motivated and condemnable act by pseudo-secularists”, VHP”s International Secretary General Milind Parande alleged that those against the Act are “misleading and inciting the people under the policy of minority appeasement.”

Attacking Rahul Gandhi for his remarks on Veer Savarkar on Saturday, the VHP called it “highly condemnable and dangerous”.

“Humiliation of Swaatantrya Veer Savarkar by Rahul Gandhi to wage a war against the persecuted Hindu community and his empathy for the Ghazwa-e-Hind-led brutal Pakistani-Bangladeshi infiltrators is an absolutely condemnable and unforgivable act. Had there been even a speck of the sacrifice and patriotism of Savarkarji in Sri Rahul Gandhi or his family, today this condition would not have happened to them,” he said.

Commenting on the violence in noertheastern states recently, Parande appealed to the state governments to take strict action against all the “misguided frenzied elements” and stop any kind of violence.