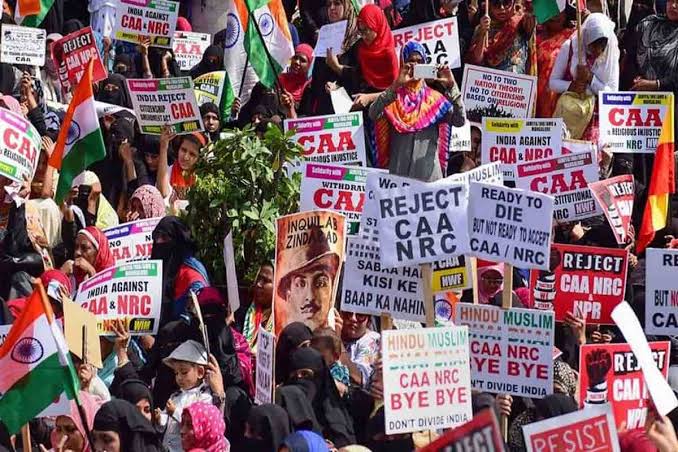 Chennai, Feb 15 Protests against the Citizenship (Amendment) Act (CAA) and the police action against the protestors on Friday night here were held by muslim organisations in Chennai, Nagercoil, Madurai, Virudhunagar and other places on Saturday.

According to the police, during the anti-CAA protest in Chennai on Friday some protesters hurled stones and chappals injuring some policemen. This prompted the police to resort to mild baton charge and some prostesters were detained, as they had assembled for protest without permission.

The protesters also demanded the Tamil Nadu government to pass a resolution in the Assembly against the implementation of the CAA.

Meanwhile speaking to media, Chennai Police Commissioner A.K. Viswanathan said they had visited police officials who were injured at the protest site on Friday and no public was injured.

Viswanathan said permission has not been granted for holding the protests.

DMK President M.K. Stalin urged the Tamil Nadu government to withdraw the cases against the protesters, while condemning the police action on them late on Friday.

He also said the state government should permit holding of peaceful protests.

Stalin said the protests were held peacefully and he demanded the state government to pass a resolution against the CAA on Friday evening.

He said Tamil Nadu police has been denying permission to hold protests in Chennai, Madurai and other places similar to that of being held in Delhi”s Shaheen Bagh.

Jawahirullah said the police had not kept their word of giving permission to hold anti-CAA protest when approached. The protesters decided to hold protest on Friday and the police took action against them.

He also demanded action against the police officials and release of those arrested.