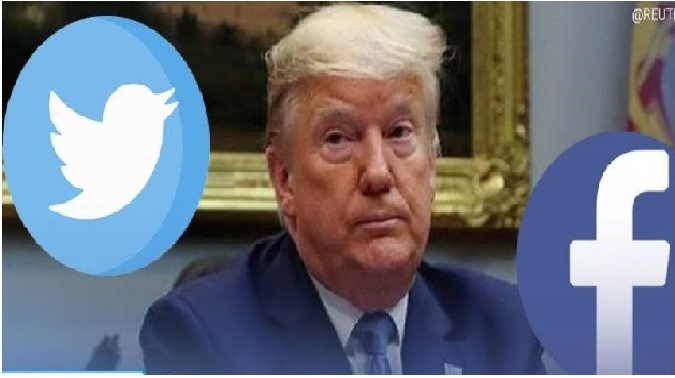 WASHINGTON (DC) : ASPAIRE an Interfaith coalition group and CAPI, a non-profit organization, welcome Twitter’s decision to permanently suspend outgoing US President, Donald Trump’s twitter account. We also welcome Facebook’s decision to suspend Trump’s facebook and instagram accounts indefinitely. Though this move comes a little too late, after extensive damage has already been done to US politics in the last four years and only after loss of lives and property in the Capitol Hill violence recently, the move still limits the damage that Trump can still do in the last days of his presidency.

Following this move, ASPAIRE/CAPI demands that Twitter and Facebook, act similarly in India and suspend several accounts belonging to the ruling political party in India, the Bharatiya Janata Party (BJP) and other right wing, Hindutva  organisations which fuel the BJP, like the Rashtriya Swayamsevak Sangh (RSS),  Bajrang Dal, Vishwa Hindu Parishad (VHP) and several others.

It is a well known fact that the BJP has invested millions in using social media including Twitter, Facebook and Whatsapp to spread their hateful ideology, through thousand’s of facebook pages and twitter handles, and whatsapp groups, which can trigger violence and communal riots at the drop of a hat, as was seen recently in Delhi and Assam. Several instances of violence in West Bengal recently can be traced to the hateful posts and comments on these social media platforms.

ASPAIRE/CAPI states that several instances have been pointed out to Facebook and Twitter, where these platforms have been used to post inflammatory posts and videos, around elections, instigating violence, as seen in the Delhi riots in February 2020 and in Assam in August 2020.

Senior leaders of the BJP, including Home Minister Amit Shah, Member of Parliament Anurag Thakur and new virulent recruits to the party like Kapil Mishra’s speeches, posts, and comments were widely shared on Twitter and Facebook, besides Whatsapp, resulting in systematic targeting of Muslim minority areas, just before elections in Delhi. Though all these posts were reported, hardly any  got pulled down, for violation of “community standards’. This despite Mark Zuckerberg himself referring to Kapil Mishra’s comments as an example of hate speech, in a meeting with his employees.

At a Delhi Assembly panel investigating the Delhi riots, Mark Zuckie, an ex-Facebook strategic partner manager for global influencers, who had quit in 2018 after accusing it of “failing its Black employees”,  deposed stating that the platform’s community standards have been compromised due to “repeated interference” by top executives, including policy heads, at the behest of political parties. He also mentioned that Facebook manipulates its algorithms routinely to ensure that certain content however damaging continues to stay up.

Similarly widespread communal riots in Assam were also triggered by inflammatory posts on Facebook, Twitter and through Whatsapp groups, for which ASPAIRE/CAPI demands that these social media giants be  investigated and made answerable,

Dr Shaik Ubaid, co-chair of ASPAIRE stated that “Twitter and Facebook put people’s lives, liberty and other fundamental rights ahead of its business interests, since their largest subscribers are from India and they also earn a very handsome ad revenue from the BJP and are therefore reluctant to act against them. On the other hand Facebook does not hesitate in pulling down pages of BJP’s critics and other political activists.”

Masood Rab, also a co-chair of ASPAIRE, pointed out that “Facebook is yet to react after its India policy head Ankhi Das was forced to quit after nine years of serving facebook, without as much as an apology after media reports in Wall Street Journal surfaced, alleging her links with the BJP and accusing her of blocking any action against BJP leaders and  Hindutva groups.“

ASPAIRE/CAPI reminds these social media giants that not just USA, but India is suffering politically and economically from their selective application of community standards, to safeguard their business interests which needs to stop.