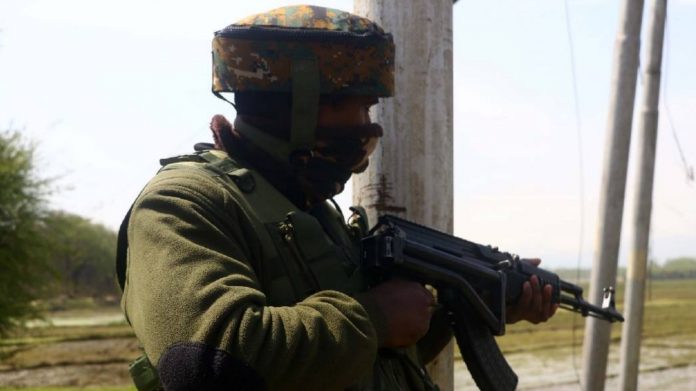 JAMMU:  Five soldiers, including a junior commissioned officer (JCO) were killed on Monday in a gunfight with the militants in Jammu and Kashmir’s Poonch district.

Lt Colonel Devender Anand, defence ministry spokesman said, “Five soldiers including JCO, who suffered critical injuries in an encounter with the terrorists, were evacuated to a nearby medical facility, but they succumbed to injuries.

“The operation is still going on in the area”.

Earlier, following specific information, the Army had started a cordon and search operation in villages close to Dara Ki Gali in the Surankote area of Poonch district.

Hiding militants, believed to be 4 to 5, fired at the surrounding troops resulting in critical injuries to five soldiers, including the JCO. — IANS