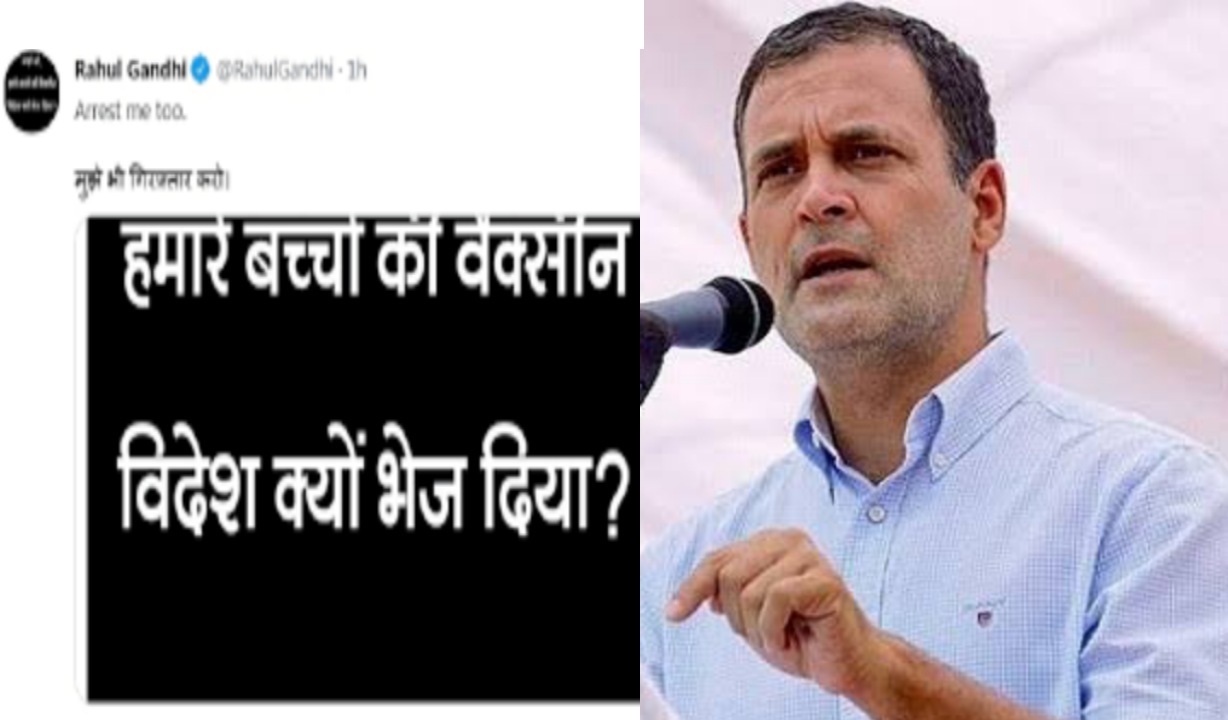 Amid reports of people being arrested for putting posters against Prime Minister Narendra Modi in the national capital, Congress leader Rahul Gandhi has dared the government to arrest him.

Tweeting the poster on Sunday, Rahul Gandhi said: “Arrest me too.”

Meanwhile, Congress leaders, targetting the government, are putting up a social media campaign.

Congress leader Pawan Khera said: “People have expectations from the government which has broken… so whom the people will question when you want all the credit.

“Why should people not ask question that why their vaccines have been exported,” he asked.

The Delhi Police has arrested over a dozen people in connection with the cases it registered, sources said on Saturday.

The matter relates to putting up black colour posters criticising the Prime Minister for exporting the Covid-19 vaccines to other countries instead of fulfilling the requirements of the people of the country.

The posters were found in several areas of Delhi like Shahdara, Rohini, Rithala, Dwarka and other places.

Budh Vihar ward councillor Gayatri Garg told IANS: “On May 12, we got the information that several posters have been stuck in areas of Budh Vihar, Vijay Vihar and others. Following the information, I along with my husband and several other members got those removed on May 13.”

A Delhi Police source said that the police has registered over 17 FIRs in connection with the posters against the Prime Minister.

The source said that the police has also obtained CCTV footage from Shahdara area where people were seen putting up the posters.

The source also said that the police is interrogating the person to identify other people.

It further said that it has also come to notice that for sticking three posters, the people were paid Rs 500 in Shahdara area. -IANS