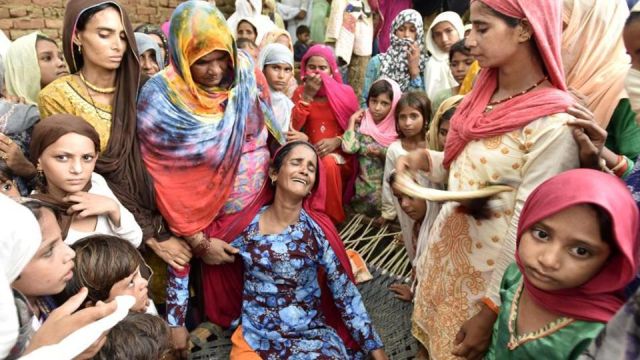 New Delhi: As new reports surface about how police deliberately wasted time before taking Akbar Khan to hospital, some officers are also alleged to have cared for the cows first, transporting them to bovine shelters before turning attention towards the victim.

28-year-old Akbar Khan was taking his cows to the village through a forest in Rajasthan’s Alwar district when a mob attacked him, suspecting him to be a cow smuggler.

Akbar Khan is survived by four daughters and three sons.

Hours after he was beaten to death on the suspicion of smuggling cows, BJP MLA Gyandev Ahuja claimed that he was not lynched but was rather beaten up by the cops after he was handed over to them BJP MLA also said that the cops had beaten him up to “show off the public”.

“Rakbar Khan wasn’t lynched. He was beaten up by the cops to show off. I spoke to the villagers and they told me that he was conscious when they handed him over to the police. The police then beat him up,” he said.

Cases of lynching in India over allegations of cow related issues have lead to 34 deaths with 16 deaths in the last 18 months alone. According to hate tracker data base India Spend there have been 9 cases of cow related violence this year leading to five causalities. In 2017, the country witnessed maximum number of cases (37) leading to death of 11 people, besides injuring 100.61% of the victims were Muslims.

Uttar Pradesh Chief Minister Yogi Adityanath while commenting on the issue with media persons said incidents of mob lynching are being given unnecessary importance. The Chief Minister told news agency ANI, that humans are important but so are cows and both need to be protected.

While accusing the Congress of fuelling the issue, Adityanath said, “These incidents (mob lynching) are given unnecessary importance. If you talk about mob lynching, what was 1984? Law and order is a matter of state. Congress’ intention is to make mountain out of a molehill and it won’t be successful.”