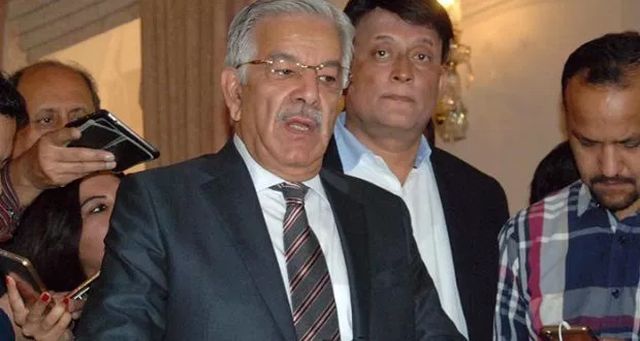 Islamabad : Pakistan’s former Foreign Minister Khawaja Asif on Wednesday challenged in the Supreme Court a judgment by the Islamabad High Court (IHC) disqualifying him from Parliament for life for holding a work permit of the United Arab Emirates (UAE).

Asif stated in his review petition that he “unintentionally” failed to disclose his foreign work permit in his nomination papers and pleaded with the apex court to declare the IHC judgment “null and void”, Geo News reported.

The Pakistan Muslim League-Nawaz (PML-N) leader was disqualified over non-disclosure of his employment in a UAE company and monthly salary in his nomination papers over a petition filed by Pakistan Tehreek-e-Insaf (PTI) leader Usman Dar.

Asif had made the announcement to challenge the disqualification decision while addressing a party rally in Sialkot on Tuesday.

“If I am not able to contest the elections then someone else will contest it in my place,” he said, adding that no power can stop him from serving as a political worker. “I have served people since last 28 years.”

On April 27, a three-member special bench ruled that Asif had been proven “dishonest” under the Constitution because he did not fulfil constitutional requirements for a public office holder to disclose his all assets and sources of income. It also stated that he was not even qualified to contest the 2013 general elections.