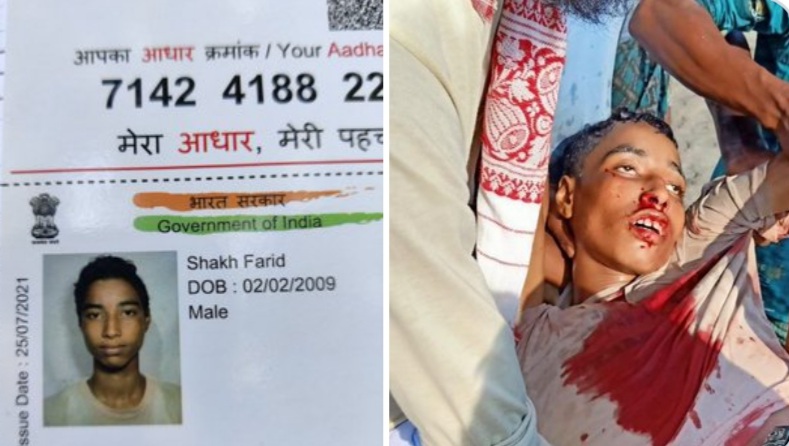 12-year-old Shakh Farid, a Class 7 student, was killed in police firing after he had left home on Thursday afternoon to go the post-office to get his Aadhaar card. He returned home dead on a horse cart.

He was just 12 years old when Assam Police killed him with bullets.

This one is on you @narendramodi ji. pic.twitter.com/tI4u5qLal8

Around late afternoon, Farid’s parents heard that their son was killed.

He was identified with the Aadhaar card which was in his pocket. His body was taken away in about three hours, according to the family.

Along with Fareed, a 33-year-old man,Moinul Hoque, the video of whose shooting went viral, fell to the police bullets on Thursday.
The killings drew widespread condemnation from people across the country.