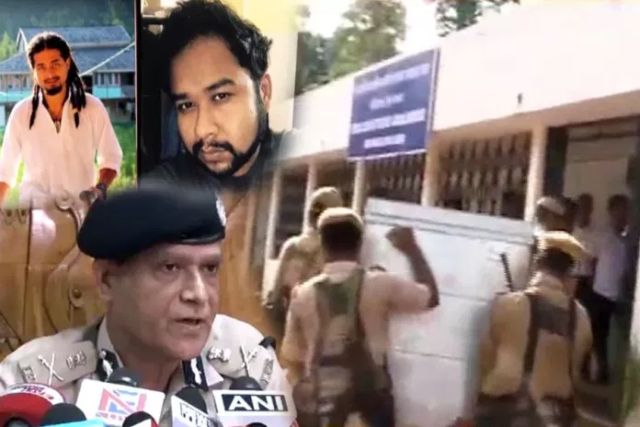 Guwahati : Nearly three months after two youths were lynched by a mob, Assam Police on Saturday filed a chargesheet against 48 persons allegedly involved in the killing of the youths on June 8 this year.

Assam Director General of Police Kuladhar Saikia while addressing a press conference in Guwahati said over 70 witnesses were examined during the investigation. The DGP said the police will seek fast-track trial in the case.

“The chargesheet submitted in the Chief Judicial Magistrate court of Diphu in Central Assam’s Karbi Anglong district included 48 accused. Besides the 46-page chargesheet, over 800 pages of supplementary documents, including forensic reports, have also been submitted,” Saikia said.

The accused were charged under various sections the IPC, he added.

“The chargesheet is filed within a short span of 90 days, which is a big step,” he said, addng the police had formed a Special Investigating Team (SIT) to probe the lynching.

The two youths, Nilotpal Das and Abhijit Nath, who had gone to the Kathilangso waterfalls in Dokmoka area of the Karbi Anglong district on June 8, were lynched by a mob suspecting them to be child snatchers.

Police had earlier stated that the main accused Alphajoz Timung, after an altercation with the two, spread a mobile message to some locals saying that two child lifters were escaping the area with a child on a vehicle.

Some of the locals intercepted the vehicle and lynched the two despite their repeated appeals that they were not child snatchers.