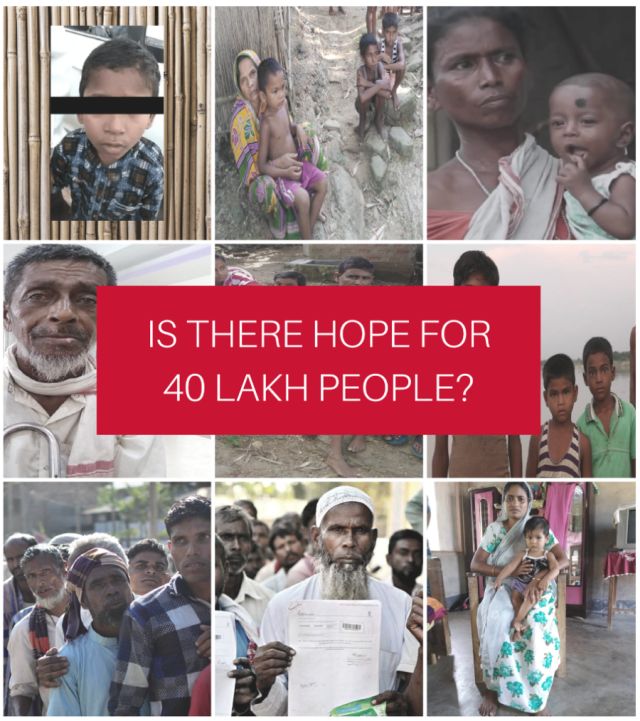 The second draft of Assam’s National Register of Citizens (NRC) was released day before yesterday, and a whopping 40 lakh people have been left out!

Up until the 28th of September, those who have been excluded from the list will have the opportunity to file claims. This is the last chance for 40 lakh people to prove their Indian Citizenship.

People from marginalised and socio-economically backward communities are some of the worst affected by this crisis. The move is already being used to brand all Bengali Muslims, some of whom have lived in Assam for generations, as Bangladeshi immigrants. Similarly, a vicious public sentiment is being whipped up against others including Bengali Hindus, Koch Rajbongshis, people of Nepalese origin, etc. by terming them as ‘outsiders’.

The world saw and continues to see the displacement caused by the Rohingya refugee crisis. If we do nothing, the same horrors will occur in our own backyards, to our brothers and sisters.

We are in the process of putting together a legal team, who will provide free legal aid across 15 districts of Assam and help people file claims proving their legitimate citizenship.

But this effort is expensive. With lawyers fees, expenditure on travel, filing documentation etc., we need Rs. 5 lakhs per month to provide free legal aid to those affected. You helped us send a fact finding team to assess the situation in June, and now we’re asking for your help again.

If all of our wonderful supporters, like yourself, gave even a small donation, we would be able to sustain this effort and provide legal help to the many innocent people in Assam whose fate hangs in the balance.

Second standard student Monuwar Hussain, just 8 years old, who has found himself on a list of doubtful or D-voters, a good 10 years before he would even be eligible to cast his first vote.

Locals allege that hundreds of children have been served  notices by the Border Police, and children have even been interrogated. Monuwar’s story.

Shamshul Haq, who has faced trial at the Foreigners’ Tribunal (FT) four times! His name has been cleared and he was found to be an Indian citizen three out of those four times with the fourth trial still being conducted. The 65 year old is tired: “I just want it to end.” Shamshul’s story.

Saken Ali, who for 5 long years was incarcerated in a detention camp, due to a minor variation in his name in official records. Saken’s name was misspelt as ‘Sakhen’.

This ‘H’ has meant that Saken and his family have all been declared as foreigners. Saken’s story.

Rashminara Begum, who was arrested and placed in a detention camp while pregnant with her daughter, Nazifa. She was declared a foreigner because two different school leaving certificates gave two different dates of birth.

Her family’s documents, as well as her school, were washed away in the 2004 flood, along with a document proving her grandfather was a freedom fighter and Congress leader. Rashminara’s story. 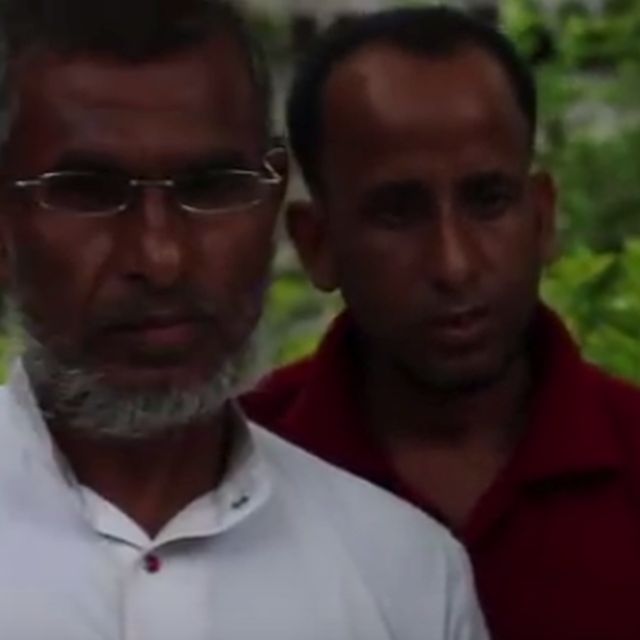 The family of a former Deputy Speaker of the Assam Legislative Assembly, who have all been accused of being foreigners. Reports say almost all residents of their village have been served similar notices. They all now, stare at an uncertain future. Their story.