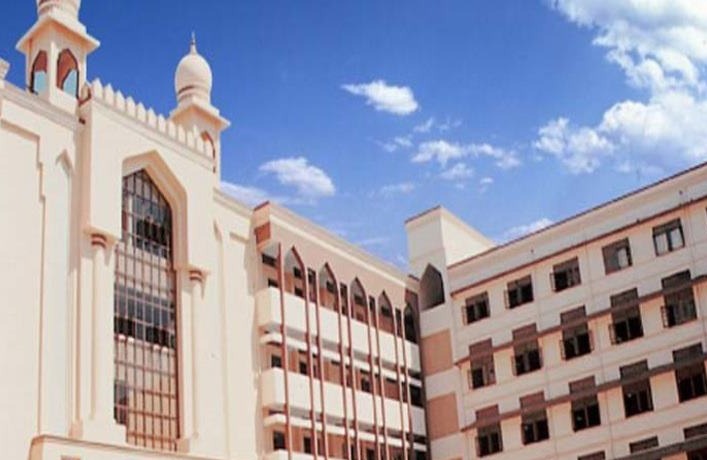 By Muslim Mirror Desk
In an statement , Kaleem Kawaja the executive director of the Washington DC based Association of Indian Muslims of America (AIM)  informed that they have recently expanded their scholarship program at the Anjuman Islam educational institution, Mumbai, to 50 scholarships.  These scholarships have been awarded to 50 engineering students in 4 engineering colleges of Anjuman Islam.  The distribution of scholarships is as follows.
– 10 scholarships at the Saboo Siddik Engineering College, Byculla, Mumbai;
– 15 scholarships at the Saboo Siddik Polytechnic, Byculla, Mumbai;
– 10 scholarships at the Abdul Razzak Kalsekar Engineering College, Panvel, Mumbai;
– 15 scholarships at the Abdul Razzak Kalsekar Polytechnic, Panvel, Mumbai,
The recipients of these scholarships are students studying for Bachelor of Engineering degrees at the engineering colleges and Diploma of Engineering at the polytechnics.  These scholarships will pay about half of the annual college fees of the recipients that currently stands at about Rs 80,000.
The Saboo Siddiq colleges were established in 1936 in Byculla in the heart of the Mumbai metropolis, by the wealthy Mumbai businessman and philanthropist, Haji Saboo Siddiq.  He also built the well known rest house (musafirkhana)  in Mumbai for Hajj pilgrims in 1910.  The Abdul Razzaq colleges were built in 2006 in Panvel, a suburb of Mumbai, about 30 miles east of the city, by another wealthy businessman and philanthropist, Haji Abdul Razaq Kalsekar.  Kalsekar who was originally from Mumbai, built his business empire in Dubai.  In fact under the auspices of Anjuman Islam institution, Kalsekar helped built the modern Kalsekar Technical Campus on a 11 acre tract of land that comprises of several modern tall buildings. Kalsekar has also built a charitable hospital in Mumbai.
The Anjuman Islam institution, one of the two premier educational institutions of Indian Muslims, was started in 1874 by a set of community leaders from the Bohri, Ismaili and Konkani Muslim communities under the leadership of  Badruddin Tyebjee. Tyebjee was a brilliant British educated lawyer whose father sent him to England to study in college when he was only 16 years old.  Tyebjee was a contemporary of famous educationist Sir Syed Ahmad Khan who in 1875 established a college in Aligarh that grew into Aligarh Muslim University. Tyebjee went on to become the first Indian to be the chief justice of the Bombay High Court in late 1800s..
Soon after its inception Anjuman Islam continued building schools and colleges for the Muslim community not only in Mumbai but also in other cities like Poona, Sholapur and Aurangabad.  They built special colleges of women, law, engineering, commerce, science, pharmacy etc.  Today there are 80 colleges and schools under the Anjuman umbrella.
Association of Indian Muslims of America’s scholarship program for students at Anjuman Islam began in 2017 with 15 scholarships.  It is a 35 year old, Washington DC based, social service organization of Indian-American Muslims who live in North America.  The Association’s major programs are to promote education in the community in India and  to provide relief help in the event of calamities.