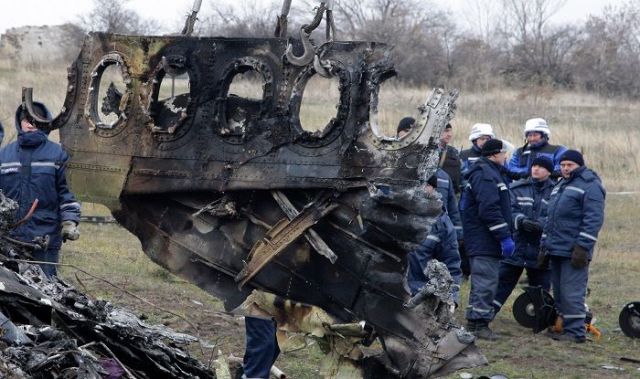 The Hague : The Netherlands and Australia on Friday declared Russia responsible for the downing of a Malaysia Airlines passenger plane over rebel-held territory in Ukraine, an announcement that came a day after Dutch investigators said the missile and the launch system used in the attack belonged to a Russian military brigade.

Flight MH17 was travelling from Amsterdam to Kuala Lumpur on July 17, 2014 when it was struck by a Buk ground-to-air missile, which caused the aircraft to explode and disintegrate in mid-air. All 298 people on board were killed.

The decision was announced in a statement from the Dutch government and by Australia’s Foreign Minister Julie Bishop, the BBC reported.

“On the basis of the (joint international team’s) conclusions, the Netherlands and Australia are now convinced that Russia is responsible for the deployment of the Buk installation that was used to down MH17,” Dutch Foreign Minister Stef Blok said.

“The government is now taking the next step by formally holding Russia accountable.”

Russia, however, denied any involvement in the plane’s destruction. Moscow’s Defence Ministry said it “rejects the version of the Dutch investigators”. It previously insisted that none of its weapons were used to bring down MH17.

“Not a single anti-aircraft missile system of the Russian Armed Forces has ever crossed the Russian-Ukrainian border… This is an example of baseless accusations aimed at discrediting our country in the eyes of the international community,” the Ministry said.

On the Australian side, Bishop wrote: “The only conclusion we can reasonably now draw is that Russia was directly involved in the downing of MH17.”

Australia and the Netherlands asked Russia to enter talks as a first step, but held out the prospect of taking the case to an international court.

“We call on Russia to accept its responsibility and cooperate fully with the process to establish the truth and achieve justice for the victims of flight MH17 and their next of kin,” Blok said.

Meanwhile, Malaysia said that it was determined to “prosecute those responsible” for the downing and “resolved to seek justice for the victims”.

The statement came a day after a Dutch-led international team of investigators said it was “convinced” that the Buk missile system used to bring down the plane came from the 53rd Anti Aircraft Missile Brigade, a unit of the Russian Army from Kursk, near the Ukrainian border.