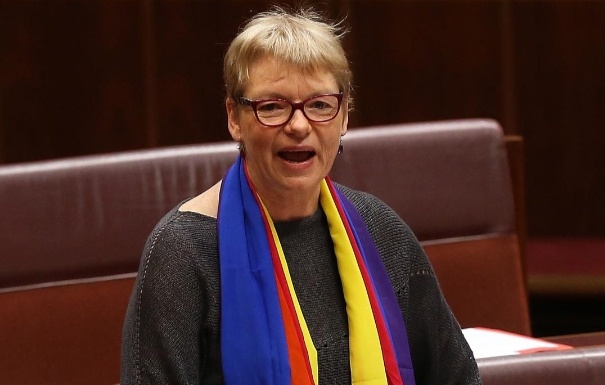 Senator Janet Rice dubbed her country’s High Commissioner to India Barry O’Farrell’s decision to meet and praise Mohan Bhagwat, head of the Rashtriya Swayamsevak Sangh (RSS) as a “disgrace”. She sought his resignation over the same.

“RSS’ open admiration for Hitler and the appalling genocide that occurred under his nazi regime. Time and time again the RSS has attacked the freedom of expression, speech and safety of the people of India; and their advocacy of a Hindu Rashtra which is by definition minorities are denied rights and privileges. They encourage persecution of some of the non-Hindus citizens of India; particularly that of a Muslim background,” She said.

A video clip of Rice’s speech has been doing rounds on social media.

RSS’s “advocacy of a Hindu Rashtra…where by definition the minorities are denied rights and privileges. They demonise some of the non-Hindu citizens of India, particularly those of Muslim background,” she said.

“He’s only the second diplomat from any country to have met the RSS chief in recent times. This is a disgrace, and we believe the high commissioner should resign” she added.

Rice took to Twitter to further express her criticism, dubbing the visit as a “counter to Australia’s values.” with the hashtag #BarryMustResign.

“The Hindu nationalist, fascist RSS has shown its disregard for human rights.

O’Farrell had met Baghwat at the RSS headquarters in Nagpur city in Maharashtra on November 15 after which he also praised the right-wing, Hindu nationalist, paramilitary volunteer organisation for “actively supporting the community during Covid-19”.