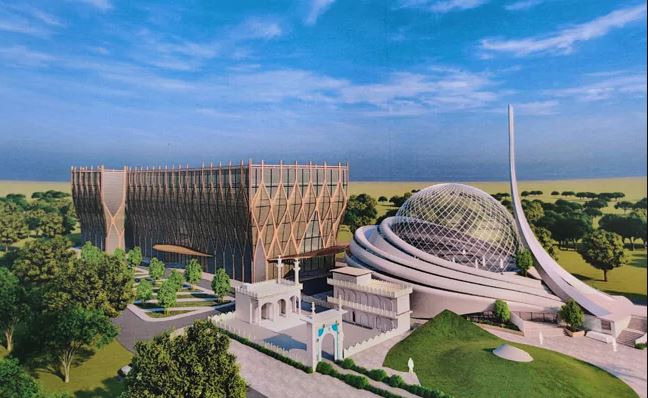 The Indo-Islamic Cultural Foundation (IICF) trust, in charge of building a mosque in Ayodhya after last year’s Supreme Court’s verdict, said on Saturday that the new mosque complex will include a multi-speciality hospital, a community kitchen and a library.

Ayodhya: The proposed mosque in Dhannipur village in Ayodhya will not adhere to the traditional style of mosque. It will be futuristic, modern and the structure will be round-shaped.

The Indo-Islamic Cultural Foundation (IICF) trust, in charge of building a mosque in Ayodhya after last year’s Supreme Court’s verdict, while unveiling the new design, said on Saturday that the new mosque complex will include a multi-speciality hospital, a community kitchen and a library.

The mosque will have a capacity to hold 2,000 ‘namazis’ at a time, and the structure will be round-shaped.

Indo-Islamic Cultural Foundation (IICF) secretary Athar Hussain said, “The first phase of the project, for which the foundation stone is likely to be placed early next year, will have a hospital along with the mosque. The trust plans to expand the hospital in the second phase. The mosque complex will be built on the five-acre land in Dhannipur village in Sohaval Tehsil of Ayodhya.

The state government has allotted a five-acre land in Dhannipur village in Sohaval Tehsil of Ayodhya as per the Supreme Court directive. 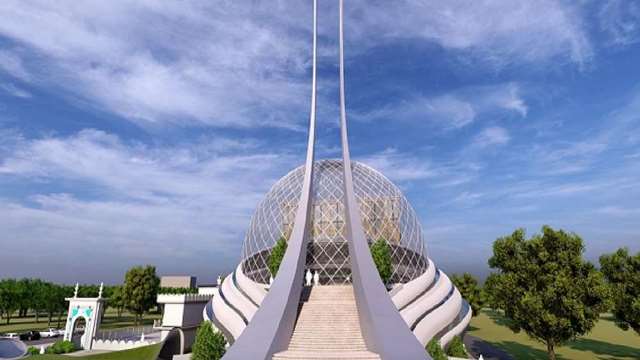 Athar Hussain said that the Trust chose January 26, 2021, for laying the foundation stone of the Ayodhya mosque as on this day the Constitution came into effect over seven decades ago.

It may be recalled that the Supreme Court, on November 9 last year, had paved the way for the construction of a Ram temple at the disputed Ram Janambhoomi-Babri Masjid site at Ayodhya, and directed the Centre to allot an alternative five-acre plot to the Sunni Waqf Board for building a new mosque at a ‘prominent’ place in the town in Uttar Pradesh.

The IICF was set up by the Sunni Waqf Board six months ago to build the mosque. The mosque is being designed by chief architect Professor S.M. Akhtar.

Akhtar also said that the new mosque will be bigger than Babri Masjid, but will not be a lookalike of the structure.

He said the hospital will take centre stage in the complex, adding that “It will serve humanity in the true spirit of Islam as taught by the Prophet in his last sermon 1,400 years ago.” 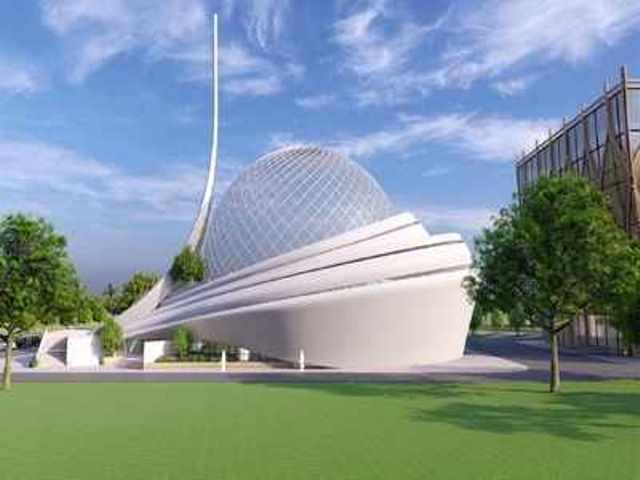 Akhtar further said that the hospital will not be a usual concrete structure but will be in sync with the architecture of the mosque, replete with calligraphy and Islamic symbols.

“It will house a 300-bed speciality unit, where doctors will work with missionary zeal to provide free treatment to the ailing,” he said, adding that “the mosque will be self-efficient for power as it is designed based on solar energy and a natural temperature maintenance system,” he said.

The community kitchen will serve good quality meals twice a day to cater to the needs of nourishment of the poor people living nearby, he added.

“We can establish a nursing and paramedic college to provide human resources to the hospital. We can manage doctors from local resources from Faizabad, and for specialized needs in terms of critical surgeries, we have a group of doctor friends in prominent government and private institutions who want to offer their services,” he further said.

Meanwhile, the IICF secretary Athar Hussain said, “We are looking forward to corporate funding for the hospital. There are many donors who are willing to contribute when we have 80 G approval. After that, we will go for FCRA and seek foreign funds from Muslims of Indian origin.”