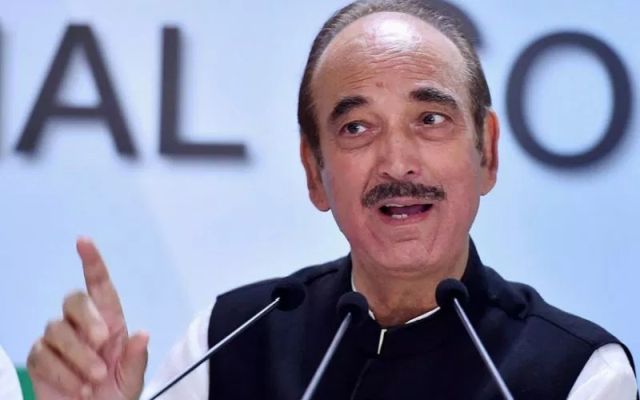 New Delhi : Congress veteran and Leader of Opposition in Rajya Sabha, Ghulam Nabi Azad, on Monday called for a probe into the Saturday’s killings of seven civilians in Jammu and Kashmir and asked security forces to avoid firing on civilians.

“It’s always praiseworthy when our armed forces eliminate militants but it pains when innocent civilians are killed. Killing of more than seven civilians in Pulwama, Kashmir is unacceptable.

“The matter should be probed and security forces should be asked to avoid firing on civilians, so that Pulwama like situation does not arise in future,” said Azad in a statement expressing his grief over the civilian killings.

Eleven people, including seven civilians, an Army soldier and three militants, were killed and over three dozen civilian protesters sustained injuries on Saturday in clashes with the security forces in Pulwama district.