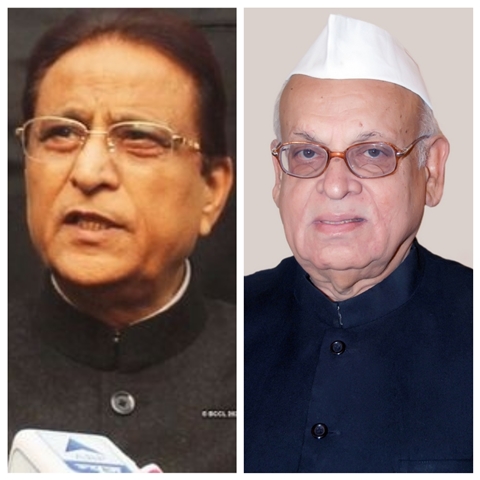 ”The biggest misfortune of secular India is that the construction of Mohammad Ali Jauhar University is not being tolerated and communal persons who include members of all parties are burning with envy,” he said in a Facebook post. He further shed light on Khan’s and Samajwadi Party founder Mulayam Singh’s long struggle to build and run the varsity.

Addressing Mulayam Singh Yadav, one of the governors once said, ”Do you want me to approve the bill related to the university and let one of its doors open in Pakistan? We have already endured the pain of partition by creating Aligarh Muslim University as the varsity had helped the creation of Pakistan.”

Qureshi was appointed as the governor of Uttar Pradesh on 17 June 2014 and held the post for five days only. In these five days, he studies files related to the university and cleared Mohammad Ali Jauhar University (Amendment) Bill.

His secretary got several calls from New Delhi and was asked to take away files from Mr Qureshi and send them to Delhi. But she averted their request saying that the files cannot be taken away when they are being studies by the governor.

Qureshi was also told by officials of the Modi government that he will be made the governor for five more years if he does not approve the bill and if he does so he will lose his governorship. However, his determination was not weakened and he finally signed the bill.

He said that secular persons, particularly Muslims need to start a struggle to save the university as various forces want to eliminate it. ”They should save the university by putting their lives at stake and not hesitating to give the last drop of their blood for the cause,” he added.

The main entrance gate of Jauahr University is to be demolished as a lower court has passed an order to this effect on the ground that the land, where the gate has been built, belongs to the Public Works Department.

When he gets bail, is sent to jail in some other matter, says SC on Azam Khan