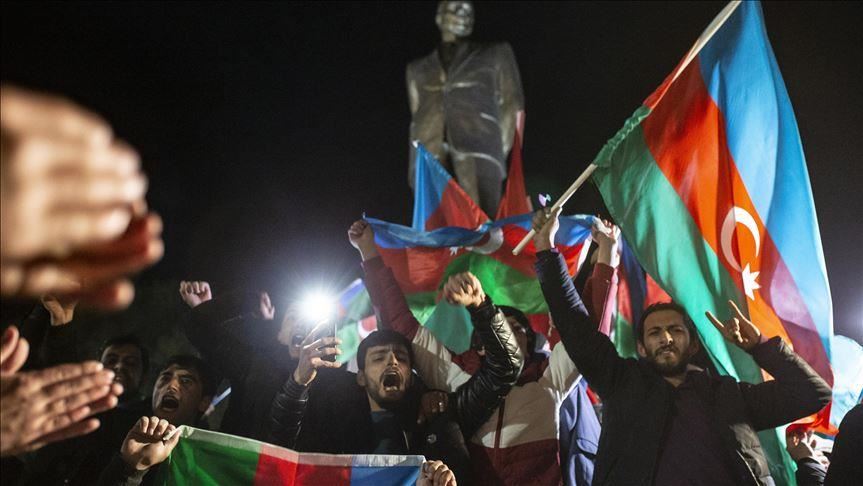 Baku, Azerbaijan: Azerbaijan’s president described a deal reached early Tuesday to halt fighting over the Nagorno-Karabakh region as the defeat of Armenia.

In a televised address, Ilham Aliyev announced the end of the Karabakh conflict between Baku and Yerevan with the new agreement.

Russian President Vladimir Putin announced the signing of the deal by Azerbaijan and Armenia earlier in the day.

Aliyev said Armenian Prime Minister Nikol Pashinyan signed the agreement due to Baku’s “iron fist,” not Yerevan’s own will.

He said the liberation of around 300 settlements since Sept. 27 in the region has weakened the Armenian army.

Aliyev said Agdam District will be delivered to Baku as of Nov. 20 while Kalbajar will be returned by Nov. 15 and Lachin by Dec. 1.

The Azerbaijani president said Russia will deploy 1,960 soldiers and 90 armored vehicles of its peacekeeping forces on the Nagorno-Karabakh contact line and in the Lachin Corridor.

He also announced a Turkish and Russia joint peacekeeping mission in Karabakh.

Relations between the two former Soviet republics over Upper Karabakh have remained tense since 1991, but fresh clashes broke out on Sept. 27.

Since then, Armenia has repeatedly attacked Azerbaijani civilians and forces, even violating three humanitarian cease-fire agreements.

In total, about 20% of Azerbaijan’s territory has been under illegal Armenian occupation for nearly three decades.