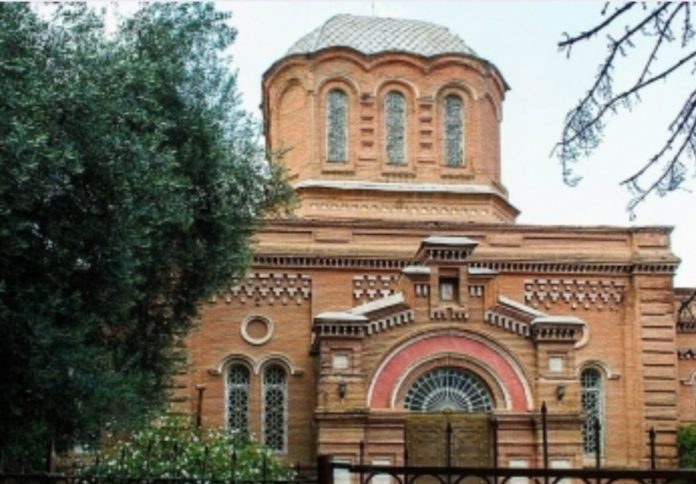 Azerbaijan is a multi-ethnic and multi-religious country with a majority Muslim population. For centuries, multicultural traditions have existed in Azerbaijan, and people and communities living together in the country have a history of peaceful coexistence. Places of worship, churches, and synagogues for people of non-Islamic religions have functioned in the country at various times and continue to do so today. It is no secret that religious denominations in Azerbaijan have a deep respect for each other’s religious beliefs and moral values. This gives reason to believe that Azerbaijan is one of the most important centers of multiculturalism in the world.
Churches of the Orthodox and Catholic faiths, synagogues, and fire-worshiping temples are all part of Azerbaijan’s cultural heritage. Azerbaijan has preserved its tolerance and multiculturalism traditions in the legal and political spheres as a result of the political will of national leader Heydar Aliyev. The great leader chose a clear ideological goal for Azerbaijan’s future successful development and, through his wise policy, advanced the centuries-old traditions of multiculturalism to a qualitatively new level.

Azerbaijan’s development as a tolerant state, the high value placed on multicultural values, and the successful policy pursued in this area serve as a model for the rest of the world. In this regard, the Azerbaijani model can be applied to the global abolition of anti-Semitism and intolerance. The high level of multicultural values is one of the main characteristics of the Azerbaijani people. For centuries, Azerbaijanis have respected all religions and cultures.
Hundreds of historical and religious monuments, regardless of religious affiliation, have been restored, built, or reconstructed in Azerbaijan over the decades. Of course, the country has a number of points that are relevant to this process and make it an example to the rest of the world. Azerbaijan is a country where the first heavenly religions, Judaism and Christianity, have been practiced since time immemorial. As a result, throughout history, churches and synagogues, mosques and fire-worshiping temples can be found in every corner of Azerbaijan, the land of nations and religions that has a profound impact on its people.

Restoration of historical and religious monuments in Azerbaijan is not limited to Islamic monuments, but also to monuments of other celestial religions. Thus, the Russian Orthodox Cathedral in Baku, the Church of St. John the Baptist, was closed in 1920, used as a warehouse during the Soviet era, and eventually destroyed. The church was reconstructed after the independence of Azerbaijan from the Soviet rule. Because of its architectural features and historical significance, the Church of St. Mironosets, the largest Russian-Orthodox church in the Caucasus, is now regarded as one of the most prominent churches in the Orthodox world. The state also restored the Savior Evangelical Lutheran Church in Baku and the Alexander Nevsky Russian Orthodox Church in Ganja.

Favourable Conditions were created for all communities, including the Catholic community, under the leadership of National Leader Heydar Aliyev. Catholics who asked for a religious temple from National Leader Heydar Aliyev were granted their request and construction dedicated to the memory of the demolished Church of the Blessed Virgin Mary was completed in February 2007, and Cardinal Tarcisio Bertone, Vatican Secretary of State, paid an official visit to Azerbaijan in March 2008. The opening ceremony was also attended by President Ilham Aliyev and First Lady Mehriban Aliyeva.

The Caucasian Albanian Christian monuments are another indicator of care and attention to the Christian religious heritage. Albanian Christian architecture and historical and religious monuments can be found primarily in the country’s Karabakh, Gabala, Gakh, Sheki, and Zagatala regions. The state has restored and protected seven churches in the village of LatikKotoklu, Gakh region, Kish-Elysee temple, one of the oldest Christian temples in the Caucasus, in the village of Kish in Sheki, Gum basilica, and Mamrukh temple in Gum village, Gakh region, as well as other Albanian monuments.

The HeydarAliyev Foundation renovated the Chotari Albanian Udi Church in the Gabala region’s Nij settlement, where the Udi, one of the Caucasus’ most ancient peoples, live in close quarters. The HeydarAliyev Foundation repaired and restored another Albanian church in the Gabala region, the Church of the Blessed Virgin Mary, and it is now used by Christians. On May 15, this year, President Ilham Aliyev, First Lady Mehriban Aliyeva, and their daughter Leyla Aliyeva visited Gabala and learned about the “Holy Mother of God” Albanian Church in Nij. President Ilham Aliyev said in the church that the Udi people have a great historical heritage: “Now you go and worship in the territory of the Gabala region and in the liberated lands – both in Khudavang and Agoghlan. There are other temples belonging to the Udi people. Most of them are destroyed or partially destroyed. Therefore, we will restore them. You will also go to those churches. ”

It should be noted that one example of different peoples, ethno-cultural groups, and religious denominations coexisting in Azerbaijan is the Udi, who live in the Gabala region’s Nij settlement. The Udi are one of Azerbaijan’s few indigenous peoples. This ethnos settled in the ancient Caucasus Albanian province of Uti, and in the 19th century in several settlements in the Nukha (now Sheki region). They currently reside in the Gabala region’s Nij village and, to a lesser extent, the Oguz region. The Udis are both an ancient ethnic group and a distinct religious sect. The Udi, the religious heirs of the Albanian Church, are a centuries-old Christian people who have lived peacefully alongside Muslims for centuries.

The reality is that the main reasons for the historical existence of this ethnos in Azerbaijan and its preservation to this day are, on the one hand, the people’s tolerance, and on the other hand, Azerbaijan’s multicultural environment. The Udis are completely fluent in their mother tongue. They are taught in their native language until the fifth grade, and they worship in their native language as well. They observe all of their holidays, including Udi Culture Day, which is observed annually on July 20 following the collapse of the Soviet system.

Over the past year, we, the heirs of the Albanian Apostolic Church, have worked to protect and restore historical and religious monuments, including temples of Christian Albanian heritage, in the liberated territories, according to Robert Mobili, Chairman of the Albanian-Udi Christian Religious Community of Azerbaijan. We appreciate and support the consistent measures taken, and express our confidence that this process will be completed as soon as possible thanks to the will and determination of the Azerbaijani state: Despite the serious threat of landmines and difficult road conditions, all necessary measures have been taken to allow members of the Albanian-Udi religious community to visit historic Albanian temples in the liberated areas. As a result, over the past year, we have been able to visit the Agoghlan monasteries in Lachin, the Khudavang monasteries in Kalbajar, as well as the Albanian temples in Hadrut and Tug villages, which were liberated as spiritual heirs of the Albanian Apostolic Church. He further noted that after the independence of Azerbaijan and the restoration of full guarantee of freedom of conscience in the country, there is a historic opportunity to restore the status of the Albanian Apostolic Church and eliminate the injustice we faced in the past.

The Albanian-Udi Christian community was established and registered in 2003 at the initiative of Udi intellectuals. Registration of the religious community is the first step towards the revival of the Albanian Apostolic Autocephalous Church. With the support of the Azerbaijani government, the Elysee Temple, located in the village of Kish in the Sheki region and considered the “mother of churches” in the Caucasus, was restored, and in 2006, the Chotari Albanian-Udi Church was officially inaugurated in the Nij settlement of the Gabala region: Of course, the revival of the Albanian-Udi Christian community and the restoration of Albanian monuments are important not only for Azerbaijan but also for the entire Christian world in terms of eliminating historical injustice and maintaining the atmosphere of tolerance in our country. As the spiritual heirs of the Udi Albanian Apostolic Church, we believe that the Albanian temples in Gabala and Oguz, as well as other Albanian temples in our liberated territories, will be restored to a high standard.

Considering that the formation of modern Azerbaijan is dependent on the country’s stability and progress, national leader Heydar Aliyev defined the role of multiculturalism in the political and legal spheres. He chose a clear ideological goal for Azerbaijan’s future success and, through his foresight and wisdom, elevated a centuries-old tradition of multiculturalism to a qualitatively new level. As a multicultural state, Azerbaijan requires a strong government and political will for each national group to live comfortably in the country and work for a single homeland, Azerbaijan. Today, people of all the ethnic groups and religions in Azerbaijan coexist peacefully, thanks to the political acumen of national leader Heydar Aliyev.

Azerbaijan has reestablished its historical tolerance and multiculturalism in the legal and political spheres. Heyder Aliyev, Azerbaijan’s great leader, chose a clear ideological goal for the country’s future and inclusive development. The country has developed and elevated the centuries-old tradition of multiculturalism to a qualitatively new level as a result of his wise policy. President Ilham Aliyev is now successfully pursuing the course he charted under his leadership in preserving the multicultural traditions of Azerbaijani people.