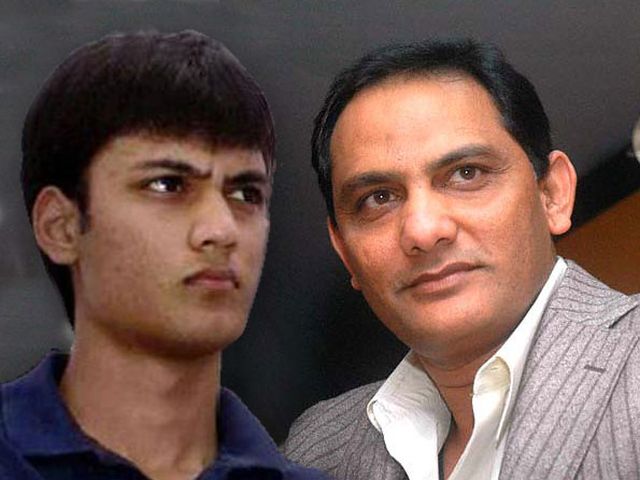 Asaduddin has not played a single Ranji trophy match and his inclusion has triggered a furore in the coastal state’s cricketing circles, forcing the GCA on the backfoot.

“Because Asaduddin is his son and he is now a part of our team, we will get Azharuddin’s guidance for free. The expert assistance from someone of the stature of Azharuddin, a former India captain, will work wonders for the Goa team and its young cricketers,” GCA Secretary Daya Pagi told IANS.

He, however, said that no written agreement had been signed by the association with Azharuddin over the sharing of the latter’s expertise for the benefit of the state’s young players.

“Asaduddin has been roped in as a guest player. We have not paid a single rupee to him… we are going through a cash crunch and that is why we chose this route,” Pagi said.

Earlier in the day, Jakati, who has taken 275 wickets for Goa in 92 first-class matches and played nine editions of the Indian Premier League with teams like Chennai Super Kings, Royal Challengers Bengaluru and Gujarat Lions, slammed the GCA decision on Asaduddin.

He dubbed the decision a “joke on the cricketers of Goa”.

“Just because (he is the son of former India captain (Mohammad Azharuddin), who was a great player, does that automatically allow for his son to play for Goa?” Jakati told a press conference on Friday.

“He (Asaduddin) is aged 28 and never played a single Ranji trophy match, nor even a first-class match. Even the last match he played for a state was in 2009, that too for Hyderabad Colts team in an invitational tournament. He tried to play for Uttar Pradesh, he tried various states, but he was not given a chance,” Jakati said.

“But this is almost like ‘this is Goa, come, we welcome you’. What about our Goan players? We are also struggling, we are also training very hard, we also want to play for Goa.”

“GCA President Suraj Lotlikar is not bothered about Goan players. We are calling players from outside to make a debut for the Goa cricket team,” Jakati added.

The 38-year-old Goa cricketer alleged that despite a good performance last season, he was asked by Lotlikar to retire.

“Suraj Lotlikar told me to consider retirement and told me to make way for junior cricketers. He even went to the extent of telling me that I will never be part of any IPL team this year,” he claimed.

While Lotlikar, who is currently out of India, was unavailable for comment, Pagi said that the decision to drop senior players, including Jakati, was part of a new policy to promote young players.

“His performance has been average for the last few years. That is why we have taken a decision to drop him and other senior players. We want to promote young talent in the Goa team,” Pagi said.