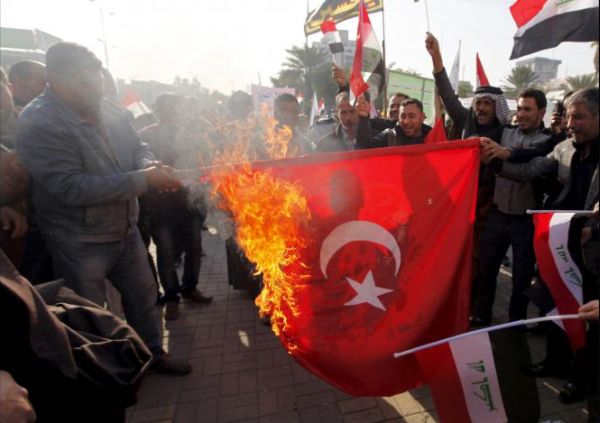 Baghdad, Dec 14 : Iraq would adhere to political option to end the crisis with Turkey, stressing not to allow breaching the country’s sovereignty, Foreign minister said.

“We are committed to the political option on the Turkish incursion, and are keen to maintain our relations with Turkey, but that sovereignty is a red line,” Xinhua quoted Iraqi Foreign Minister Ibrahim Jaafari as saying on Sunday.

The focus is on “diplomatic means to resolve the crisis” with Turkey, as “it could be easy for us to be dragged into a crisis, but it won’t be easy to get rid of such crisis,” he said.

The minister said if Iraq allows any country to build military bases inside its territories, then the door would be opened for more countries to do so.

He also said Baghdad welcomes any assistance that would help it to free its territories from any forces that would enter Iraq without the government’s permission.

Jaafari’s comments came three days after Turkish President Recep Tayyip Erdogan said withdrawing troops from Iraq is out of the question and that the Turkish soldiers were in Iraq as part of a training mission.

The deployment of Turkish troops dates back to 2002 and additional troops were deployed in 2014 in response to a request from Iraqi Prime Minister Haider Abadi, Erdogan told a press conference.

“Turkish troops in Mosul are not there as combatants, they are trainers … It is out of the question, for now, to pull them out,” Erdogan said.

The crisis between the two countries sparked last Friday when reports said a Turkish training battalion equipped with armoured vehicles was deployed near the city of Mosul to train Iraqi paramilitary groups in fighting the Islamic State (IS) group.

Mosul, the capital of Nineveh province, has been under the IS control since June 2014.

Baghdad has insisted that the Turkish troops had no authorisation from the Iraqi government and thus demanded their withdrawal, while Ankara called the troops only a routine rotation of the trainers.—IANS