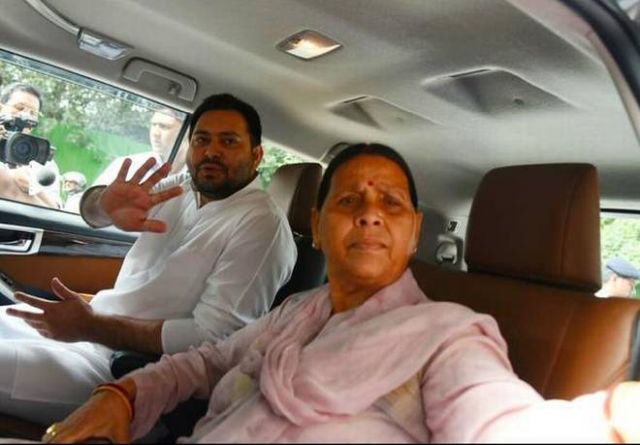 Special Judge Arun Bhardawaj while granting bail to the accused, who were present in the court room, asked them to furnish a personal and surety bond of Rs 1 lakh each.

Rabri Devi and Tejashwi Yadav appeared before the court in pursuance of summons issued against them last month.

The court listed the matter for further hearing on November 19.

The case relates to alleged irregularities in the allotment of contracts of Indian Railway Catering and Tourism Corporation (IRCTC) hotels in Ranchi and Puri in 2006 to a private firm, for which a three-acre commercial plot at a prime location in Patna district was given as a bribe.

The Enforcement Directorate (ED) filed a charge sheet in August and had named Lalu Prasad, Rabri Devi, son Tejashwi, his party colleague P.C. Gupta and his wife Sarla Gupta, firm Lara Projects and 10 others as accused in the IRCTC hotels tender case.

All of them are booked under the Prevention of Money Laundering Act.

The Central Bureau of Investigation in April filed the charge sheet in the IRCTC hotels maintenance contract case against 12 persons and two companies.