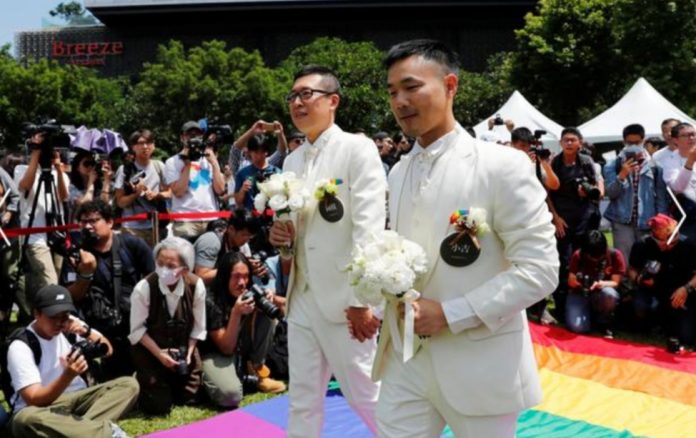 I have been campaigning against abortions, homosexuality and promiscuity for more than two and a half decades. At last some good news have come in last one week, first from Japan and then America. First, Govt of Japan banned Same Sex marriages and the Supreme Court of the country upheld it. Now, yesterday the Supreme Court of the United States gave a decision that Abortion cannot be a legal right.

It was in 1995 when I had first published my book, “Islamic Model for Control of AIDS’ in which I had argued that HIV/AIDS and all other sex transmitted diseases cannot be controlled till a total ban on promiscuity, homosexuality and all forms of commercialization of Sex. Before that, in 1993, my book “Islam and Family Planning” had hit hard against the policy of including abortions as a part of Birth Control programme. In 1997, I had organised a National Seminar on AIDS in Delhi in collaboration with National AIDS Control Programme, Ministry of Health & Family Welfare, Government of India, again stressing the need of an international campaign against promiscuity, prostitution, homosexuality, commercialization of all forms of sex and addictions of all kinds. But the world did not listen. Even some people associated with the World Health Organization and UNDP tried to convince me that, instead of campaigning against all these things, I must promote Safe Sex. The result of the dominance of economics over health has been that in last 30 years, more than 48 million people have died of AIDS; and it has been clearly proved by all the international agencies that homosexuality has been the biggest contributory factor followed by prostitution. Association with alcohol and drug addiction has also been clearly established.

Though the devastation caused by the commercialization of sex and beauty has tormented the whole society, the most appalling is the case of children. They do not possess the voice that can be heard beyond the walls of their houses or the placenta of their mothers; they do only have yells that get buried within the din inside. They are not physically capable of organizing and wrestling for their rights. Neither have they representation in parliaments and assemblies nor in the media. Their fate is entirely at the mercy of others. They are therefore more likely to be killed, neglected and assaulted than anyone else. The most vulnerable of course are the children in the wombs whose voice if any cannot go beyond the skins of their mothers.

The new sexual morality espoused and promoted by the big business, especially the global merchants of sex annihilated all the barricades in the way of free sex. Marriage or any other formality, age, gender, place, time and previous relation—all paled into insignificance for the purpose of a sexual encounter. The only restriction that the legal framework put, albeit without making it effective in practice, was the consent of the two individuals seeking sex. If both agree, nothing can stop them. They would be advised however to take precautions as far as possible not to let their ecstatic love drift to an unwanted fruition. This can devastate their own career, they would be told, and also the country’s economy. Never mind though. If despite precautions, a woman conceives, she need not worry. The state is there to provide whatever she needs for a safe abortion: legal permission, social protection and free services. Private clinics, in their own way, are looking to provide the best.

And with abortion begins the sad story of children being killed and abused for none of their faults. An estimated number of about 50-70 million of children are caused to perish before their birth every year. Staggering figures from all accounts! Figures that must put the whole mankind to shame and must jolt from head to toe every person with conscience. But where is the mankind and where is the conscience? What we know of the mankind today is a kingdom of human beasts seeking pleasure and nothing but the pleasure, whatever the consequences. And this is not just the pleasure of the whole mankind at the cost of other creatures. It is for the gratification of the strong among human beings who have mastered the science of eradicating all that can directly or indirectly become impediments in their stupendous march towards an unstoppable fun and entertainment. What then if for this majestic plan, few millions of partially formed human fleshes are to be discarded every month! They are of course just the humans-in-making, not humans. They are the weakest obstacles as well.  Flowers must be protected, proponents of abortion seem to argue, but there is no plausible reason why tears should be shed if buds are nipped to “save” the mankind from “undesirable consequences”. Big movements are organised against the killing of animals and the extinction of rare species, against the uprooting of plants and deforestation, and also against the destruction of historical monuments and sites. These are not humans but still have the backing and support of one or the other elements of power. A notable global campaign on the other hand against the unceremonious killing of millions of humans-in-making cannot be allowed to gather momentum. The cronies of the Big Business are always there, fully armed with the arsenals of “sophisticated” logic and money to thwart any such development. Still, we are made to believe that we are living in a civilised world that cares for the human rights. Ironically, those who shout at the top of their voice for the human rights happen to be those who silently preside over most of these killings.

No sooner than the Supreme Court gave its decision, American men and women rushed to the streets protesting against the decision. This will of course reduce their fun and increase their responsibilities. Markets cannot afford it. Abortion is a multi-billion market; and if abortion rights are removed, many other markets too will suffer. And of course, both Democrats and Republicans will be behind them. President Biden has already taken a pledge to do, whatever he can, to undo the effects of the Supreme Court decision.

As an individual, I feel the news from Japan and America a little moral victory for myself. I hope all the right thinking organizations; especially the Islamic organizations will run an international campaign against all these evils, which pose serious threat to the lives and health of the whole humanity.  This is the right time to act.

Dr Javed Jamil is a thinker and writer with over twenty books. He iscurrently Chair in Yenepoya University Mangalore.