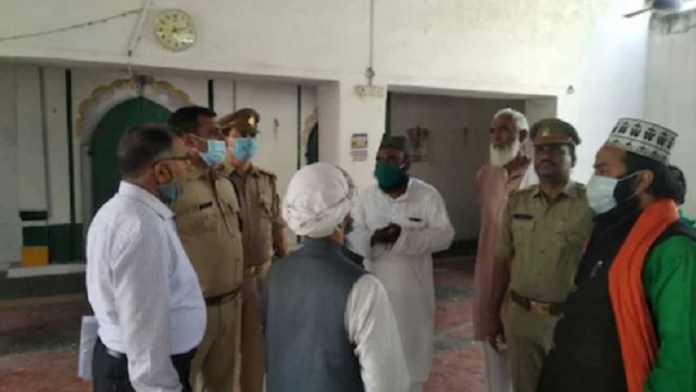 A case has been lodged by Barabanki police against seven people for allegedly resorting to fraud and cheating to get a mosque that was demolished earlier this week, registered as a Waqf property.

The case was lodged on Thursday lodged a case against some members of the committee, including a former UP Sunni Central Waqf Board inspector,

The district administration had demolished the mosque in the village of Bani Kada in Ram Sanehi Ghat tehsil on Monday, claiming it was an “illegal structure”. It was locally known as the Gareeb Nawaz Masjid.

A day after the demolition, the Uttar Pradesh Sunni Central Waqf Board issued a statement terming the action as illegal and a violation of an Allahabad High Court directive.

According to Ram Sanehi Ghat Station House Officer (SHO) Sachidanand Rai, the people named in the FIR had fraudulently got a structure in the tehsil premises registered as a Waqf property.

“They had formed a committee to do so,” the SHO added. The “fraudulent registration” was done in 2019.

The complaint has been filed by Sonu Kumar, who is the District Minority Welfare Officer.

The complainant said, “This is to bring to your notice that these people formed a committee and then through cheating and fraud, got a structure registered as a Waqf property on January 5, 2019. The structure is within the Ram Sanehi Ghar tehsil and is opposite the SDM residence.”

It further stated, “This was done under a conspiracy, which included these people and also then UP Sunni Central Waqf Board Inspector Mohammad Taha.” — IANS

UP govt sets UP panel to probe demolition of Barabanki Mosque