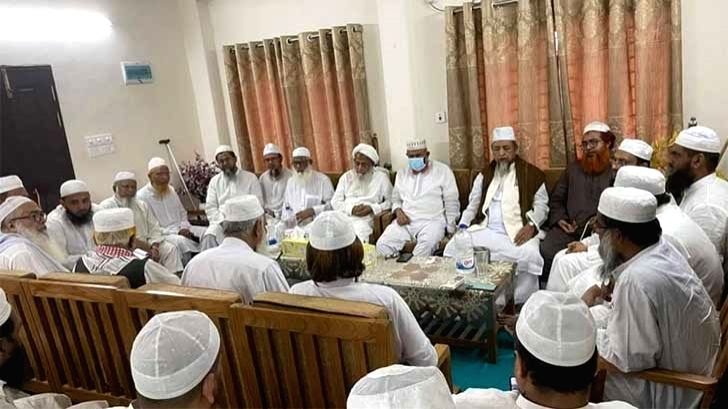 The Anti-Corruption Commission (ACC) of Bangladesh will question 50 leaders of radical outfit Hefazat-e-Islam, including its top leaders Junaid Babunagari and Mamunul Haque on charges of embezzlement of funds and corruption.

Howlader said the fourth meeting of the ACC was held on Wednesday, wherein seven issues were discussed.

The decision to investigate the embezzlement and corruption charges was taken by the ACC after detectives of the Commission and the officials of Bangladesh Bank, the central bank of the country, found truth in the allegations.

An eight-member team, led by ACC official Akhtar Hossain Azad, has been formed to investigate the charges against more than 50 militant Hefazat leaders.

The leaders, including Babunagari and Haque, had allegedly embezzled huge sums of money from the organisation’s funds, various madrasas, orphanages, Islamic institutions and foreign aid received for religious purposes.

Howlader said a letter has been sent to the Bangladesh Financial Intelligence Unit (BFIU) of the central bank, seeking specific financial details of 50 Hefazat leaders.

The ACC has also sent letters to the passport office and immigration department. After collecting all the information, the investigation team will decide what to do next regarding their interrogation.

A letter has also been sent to the land office to obtain records regarding the assets of the top Hefazat leaders.

Earlier, the Detective Branch (DB) of the Dhaka Metropolitan Police (DMP) had said that it has identified a total of 313 people as donors of Hefazat-e-Islam, the radical outfit which had unleashed widespread violence in different parts of the country in March this year.

It found transactions of 6 crore takas in the bank accounts of arrested militant leader Mamunul Haque.

Hefazat had, in the name of aid to Rohingya refugees, development of madrasas and welfare of their students, and for its own fund, collected a huge amount of donations, mostly from expatriates, but most of this money had been spent on militancy and on Haque’s personal works, police officials had told IANS.