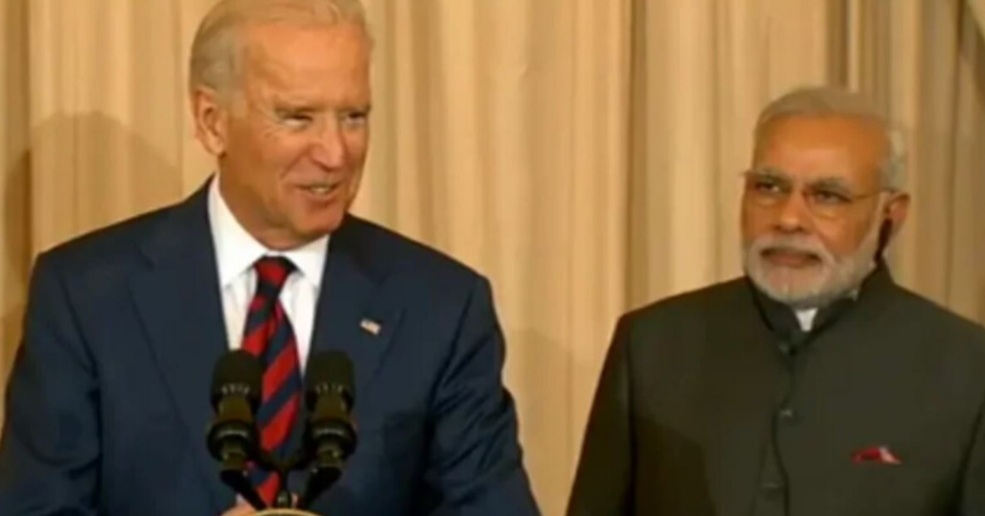 WASHINGTON, D.C: The United States Commission on International Religious Freedom (USCIRF) urged US President Joe Biden  that he must confront visiting Indian Prime Minister Narendra Modi over the escalated violations of human rights and persecution of religious minorities in India.

Biden must also raise  the issue of India’s discriminatory citizenship law, the National Register of Citizens (NRC) in Assam, the “restrictions on religious freedom” in Kashmir, the “deadly crackdowns” on protesters, the attacks on press freedom when he meets Mr. Modi on Friday, USCIRF Chair Nadine Maenza said here at a Congressional Briefing.

“An essential issue to be raised in the [Biden-Meeting] meeting is the discriminatory Citizenship Amendment Act or CAA,” Ms. Maenza said at the Congressional Briefing titled Biden-Modi Meeting Must Focus on Human Rights Violations in India. “The reality is that the CAA, in conjunction with the NRC may subject Muslims to statelessness, deportation or prolonged detention.”

In his meeting with Modi, President Biden should also raise concerns regarding the continued enforcement of anti-cow slaughter and anti-conversion laws, she said.

“Twenty-one of 28 Indian states criminalize cow slaughter in various forms. These laws are often enforced against religious minorities, including Christian, Muslim, Dalit, or Adivasi (indigenous) communities, under the guise of protecting cattle. Ten Indian states possess anti-conversion laws prohibiting religious conversion based on force, allurement, inducement, or fraud; however, some contain such broad definitions that they can be interpreted as prohibiting any kind of conversion, whether consensual or not. These laws are predominately used to arrest Christians and Muslims.”

Ms. Maenza said Facebook and its messenger service WhatsApp continued to be used to “target and facilitate violence” against India’s religious minorities, especially during COVID. Civil society-journalists and advocates documenting religious violence, too, were being targeted, she added. ..

Representatives of two of the world’s most prominent rights watchdogs, Human Rights Watch and Amnesty International USA, also spoke at the briefing, which was organized by 16 civil rights organizations and was attended by, among others, Congressional staffs and officials from the US Department of State.

Amnesty International India was targeted in a series of raids over a course of several years culminating in our closure in September 2020. “The prime minister should hear from President Biden about the grave concerns we have raised about the Indian government’s misuse of the police and judiciary to punish dissent and facilitate violations of human rights, “declared Govind Acharya of Amnesty International. “The Biden administration has the perfect opportunity this week to convey its displeasure over these human rights violations and to ask PM MODI to end these violations immediately.”

“The Indian Republic is passing through a moment of immense crisis of democracy of a depth of ferocity and a reign unmatched in the 75 years of the existence of India as an independent modern nation,” declared Harsh Mander of the Robert Bosch Academy. “Large scale jailing of the political opposition, and suspension of media, and judicial Independence. We do see in India today what is described by many as an undeclared emergency, but because it is undeclared, it is so much more sinister. Unlike the earlier emergency. It has no end. It has a much wider, deeper social base.”

“When President Biden meets Indian Prime Minister Narendra Modi this week, we hope he understands that he is also hosting, shaking hands and breaking bread with someone who has earned titles like butcher of Gujarat, modern day Nero, whom Time Magazine called Divider in Chief, under whose watch India is downgraded as Partly Free and turned India into an autocratic democracy,” said Rasheed Ahmed, Executive Director of the Indian American Muslim Council.