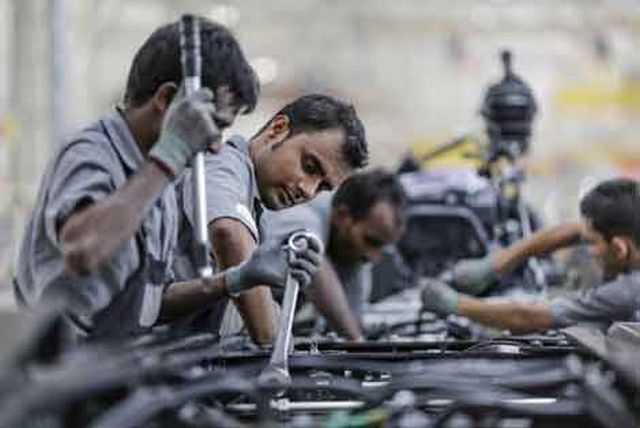 A recent amendment to the Industrial Employment (Standing Orders) Rules, 1946, has sparked excited debates by its proponents and critics alike.

Some observers see the latest move as the ushering in of much promised big ticket reforms in the labour and employment sector. Employers generally have welcomed the development, whereas workers’ representatives have by and large castigated it as a subterfuge for legitimising contract labour. Will the big bang sustain or will it end in a whimper?

I have argued elsewhere that, given the political situation — not to mention the disadvantage it faces in the Rajya Sabha — the government’s intent to bring about major legislative changes in the labour and employment sector may remain a pipe dream. If the National Democratic Alliance (NDA) government, with its overwhelming numerical strength in the Lok Sabha, could not steer through any worthwhile labour reforms in four years of its tenure, it is highly unlikely that the situation will change dramatically in the last year. The pragmatic route is to find areas that may be addressed through executive action. And that is precisely what the government seems to have done.

It has introduced a seventh category of fixed-term employees in addition to the extant six classifications of workers under Schedule 1-A of the Rules, for which conditions of service may be separately prescribed by the employer. The amendment lays down that fixed-term workers would enjoy the same emoluments and allowances as permanent workers, albeit pro-rated for the period of their employment. This places them in a category superior to contract workers who are generally paid less and do not enjoy any of the statutory allowances and benefits available to regular workers.

In this sense the government has tried to balance the wages, social security and welfare of fixed-term employees, but because their term is fixed, their termination with notice is inherent in their employment contract.

Fixed-term employment will provide employers with flexibility to adjust the workforce in response to changing market conditions, which has been a longstanding demand to aid ease of doing business. The seasonal and cyclical nature of employment in certain economic sectors such as apparel manufacturing and exports was earlier recognised and fixed-term employment was allowed.

The government has now extended the concept across all employment sectors with a view to providing more job opportunities and more secure working conditions for fixed-term employees. With rising economic growth, greater job openings and multiple skill levels, workers should be able to opt for greater employability rather than job security. Creative destruction should be the new catch phrase.

The lament that fixed-term employment will promote contract labour is the result of misconception. There is already empirical evidence of the secular growth of contractual employment across all employment sectors. The problem lies in the differential treatment of workers employed through contractors as compared to regular employees. By mandating comparable wages and allowances to fixed-term employees the government has tried to provide them with greater protection and benefits than workers supplied by and through contractors. It is salutary that employers have consented to the amendment despite the higher costs it would entail.

Will the new amendment promote employment generation, which is the government’s avowed objective, at a time when job opportunities appear to be shrinking? The higher cost of compliance may act as a dampener, but the jury is still out on that.

Trade unions resent the fact that the government’s intent to amend labour laws and rules was announced in the Finance Minister’s budget speech, indicating absence of prior tripartite consultations. Employers, on the other hand, are satisfied that the protocol of tripartite consultations have been followed. The fact that even the Bharatiya Mazdoor Sangh (BMS), a trade union centre affiliated to the ruling Bharatiya Janata Party (BJP), is critical of meaningful social dialogue on such important issues is worrisome. Perceptions in such cases matter more than form.

Is there any hope of big bang reforms in the labour and employment sector in the foreseeable future? Regrettably, it is a case of missed opportunities. The much-touted rationalisation and consolidation of 44 labour laws into four omnibus codes has yet to see the light of day.

Big ticket reforms such as amending Chapter VB and Section 9A of the Industrial Disputes Act, 1947, cannot take place as time is really running out for the present government. At best, it can undertake incremental steps by tweaking rules through executive action. The challenge is to put in place a few more such constructive changes aimed at speedy job creation by carrying all major stakeholders on board before the government goes into election mode.

(The author is former IAS and ILO Official. The views expressed are personal. He can be contacted at abhik.ghosh1@gmail.com)