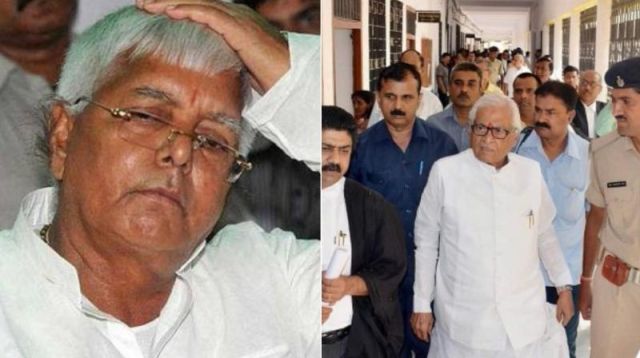 The special Central Bureau of Investigation court of Judge S.S. Prasad pronounced the judgment related to fraudulent withdrawal of Rs 33.67 crore from the Chaibasa Treasury in 1992-1993.

It was alleged that the Rs 33.67-crore was withdrawn on fake allotment letters.

The special CBI court convicted five persons and acquitted six in this case. This is third case of fodder scam in which Rashtriya Janata Dal chief Lalu Prasad has been convicted.