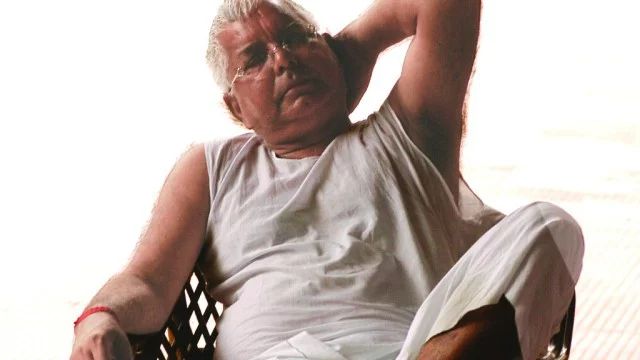 His politics did not exlude religion or spirituality, was pro-poor, Left of Centre, but short of Communism

Upper caste hegemony and exploitation are not just organically related to communalism, but the two are dependent on each other for survival. This self-evident fact was grasped early by Lalu Prasad Yadav.

The Left seems to understand this in theory but in practice it often fails to use this understanding effectively partly because the political establishment of the Left in India is itself suffused with casteism of the dominant, upper castes.

Lalu Yadav has fought the bigoted deformities of hard Hindutva not with any artificial construct of soft Hindutva but with the timeless spirituality of the common man in India. The man on the street in India, whatever be his faith or field, follows a set of passionately held and joyfully and inclusively practiced beliefs, ceremonies, rituals and festivals, as opposed to the strictly codified and rigidly preached or fanatically enforced by – the – book by purists or the priestly class.

Lalu Yadav’s brand of Hinduism is, therefore, rustic, folklorish and inclusive, and his brand of Islam is Sufi, dargah- based, celebratory – and so on. Religion sits easy on Lalu’s followers – it is not something to fight or kill over, but something to bring succour, comfort and joy into the hard and often dry and colourless life of the common man.

Through the clarity of his vision organically communicated to the rank and file of his party and to the common man in Bihar, Lalu Yadav put an end to both communal and caste massacres in the state, and their related everyday violence, which used to be the bane of the common man’s existence in Bihar. How precisely did this work? Simple.

The upper castes and classes seldom do their dirty work themselves. To perpetrate the violence necessary to keep themselves in power, they use the lower castes and lower classes among the two major communities. Once the poor and lowly of one community refuse to pick up arms against or to do harm against one another, large scale violence vanishes. By grasping this mechanism, Lalu Prasad put an end to the cycle of communal violence and caste clashes which were endemic in Bihar before he became the chief minister. The upper castes, who are also the upper classes in the rural areas, were forced to get down and dirty their hands in the mud and slush, to come out and do their dirty work themselves. And they did. Brahmeshwar Sharma formed the Ranvir (Bhumihar ) Sena and perpetrated the Laxmanpur Bathe massacre against the Scheduled castes; the Rajputs formed the Sunlight (Suryavanshi Kshatriya) Sena and perpetrated massacres of lower castes in Aurangabad. But then they were caught, and put behind bars- as the lower castes and minorities forced into criminality used to be earlier. The damage to caste hegemony was done. It began to crumble like a house of cards.

The bureaucracy the police and the judiciary slowly got licked into shape. Responsibility for caste massacres and communal riots was directly fixed on DMs and SPs, DIGs, IGs and Commissioners. But most important of all, the Yadavs, Lalu’s own castemen, who used to be the sword- arm of the Brahmins and Bhumihaars who engineered communal riots against Muslims, made peace and entered into a pact of brotherhood with Muslims throughout the State.

Without the steel–enforced lathis of the Yadavs, who was to lead the charge against the Muslims? Not only that, who was to keep the Scheduled Castes and Tribes or other backward castes in line? And once the the Yadavs refused to lift their lathis against lower castes, and unity and brotherhood was forged among them, even the lowliest of low caste Hindus could not be used against the Muslims. Nor could the Muslims be used against lower or middle caste Hindus.

And since caste equals class in most parts of India, and since the vast majority among Muslims are also poor, this also meant an end of the oppression of the rich against the poor, most of all in the feudal rural agricultural context of Bihar, which covers more than 80% of Bihar’s population. Thus oppressors were beaten in the very locus of oppression. The poor fought back from where they were. They were not displaced. They did not have to migrate to urban locations or out of the state. In fact , that was the time when most of the rich feudal landlords were forced to migrate out of the villages where they had once held sway: many even left the state. And all this was achieved without resort to the extreme ideological rigidity and unnatural (to the common Indian mind) dry and discomforting atheism essential to communism – which flourished in neighbouring West Bengal.

Lalu’s ideology was aligned with that of the Left in terms of destruction of feudalism and caste and class distinctions but it undercut the appeal of the extremely rigid ideology of Communism through its practical humaneness and minimisation of violence in the course of the struggle for socio- economic and political transformation. Thus, his politics did not exlude religion or spirituality, was pro-poor, Left of Centre, but short of Communism, an ideology that best suits the Indian temperament. It has all the space for inclusiveness as well as social economic and political reformation that India is hungry for.