Home Indian Muslim Bilkis Bano’s plea against remission to convicts could not be heard in...
Facebook
Twitter
WhatsApp
Email
Telegram 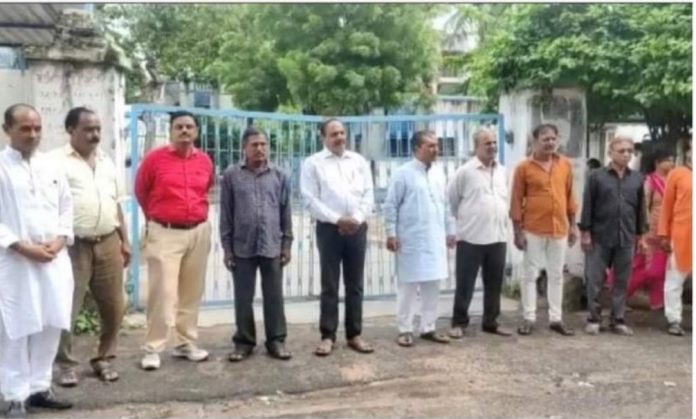 The hearing on Bilkis Bano’s plea challenging the remission of sentence of 11 convicts in the gang-rape case by the Gujarat government, could not be held in the Supreme Court on Tuesday as the judges concerned were hearing a matter related to passive euthanasia as part of a five-judge Constitution bench.

The petition of Bilkis Bano, who was gang-raped and seven members of her family slaughtered during the 2002 Gujarat riots, was scheduled to be heard on Tuesday by a bench of Justices Ajay Rastogi and CT Ravikumar.

However, Justices Rastogi and Ravikumar were busy hearing, as part of a Constitution bench headed by Justice K M Joseph, the pleas seeking modification of guidelines on execution of a “Living Will or Advance Medical Directive” for permitting passive euthanasia.

A fresh date for hearing will now be notified by the apex court registry.

Besides the plea challenging the release of the convicts, the gang-rape survivor had also filed a separate petition seeking a review of the apex court’s May 13, 2022 order on a plea by a convict.

Bilkis Bano had moved the apex court on November 30, 2022 challenging the grant of remission of sentence to 11 convicts by the state government, saying their premature release has “shaken the conscience of society”.

In its May 13, 2021 order, the apex court had asked the state government to consider the plea of a convict for premature release in terms of its policy of July 9, 1992 which was applicable on the date of conviction and decide it within a period of two months.

All the 11 convicts were granted remission by the Gujarat government and released on August 15 last year.

Her review plea, however, was dismissed by the top court in December last year.

Bilkis Bano was 21 years old and five months pregnant when she was gang-raped while fleeing the riots that broke out after the Godhra train burning incident. Her three-year-old daughter was among the seven family members killed.

The investigation in the case was handed over to the CBI and the trial was transferred to a Maharashtra court by the Supreme Court.

A special CBI court in Mumbai had on January 21, 2008 sentenced the 11 to life imprisonment on charges of gang-rape of Bilkis Bano and murder of seven members of her family.

Their conviction was later upheld by the Bombay High Court and the Supreme Court.

The 11 men convicted in the case walked out of the Godhra sub-jail on August 15 after the Gujarat government allowed their release under its remission policy. They had completed more than 15 years in jail.

The victim, in her pending plea, said the state government passed a “mechanical order” completely ignoring the requirement of law as laid down by the Supreme Court.

“The enmasse premature release of the convicts in the much talked about case of Bilkis Bano, has shaken the conscience of the society and resulted in a number of agitations across the country,” she said in the plea.

Referring to past verdicts, the plea said enmasse remissions are not permissible and, moreover, such a relief cannot be sought or granted as a matter of right without examining the case of each convict individually based on their peculiar facts and role played by them in the crime. (With PTI inputs)