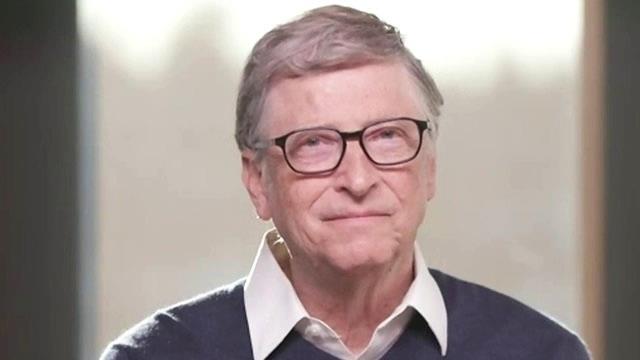 New Delhi: Bill Gates the   American business magnate,  software developer  and philanthropist who ‘rediscovered’ his interest in ‘vaccine industry’ and become WHO adviser. Gates is currently  deeply involved in the vaccination drive all over the world  has  predicted more disasters and even biological  attack in near future.

Interestingly Bill Gates had warned the world about the pandemic back in 2015 and now he is predicting about what crisis could be knocking at the doors in the days to come.

In a 2015 Ted talk titled “The next outbreak? We’re not ready,” the philanthropist had talked about the outbreak of COVID-19 and had also stressed on the need for the world to be well-equipped to tackle the pandemic situation.

He had said that if anything kills over 10 million people in the next few decades, it’s likely to be a highly infectious virus rather than a war, adding that “Not missiles, but microbes.”

The video of that interview had gone viral that time with gaining traction in March 2020 around the same time as coronavirus pandemic brought the world to a halt.

In the same video he also talked about ‘depopulation’ through ‘vaccination’.

However, the Microsoft founder has recently talked with Derek Muller, who runs the popular YouTube channel “Veritasium”, over a video call and said he doesn’t feel any good about his prophecy. He said that there’s no good feeling that comes with something like this: ‘I told you so’.

Muller then asked him about how he was so certain about something like a pandemic half a decade ago.

Then he said that there are a number of respiratory viruses and from time to time one will come along. “Respiratory diseases are very scary because you’re still walking around on a plane, a bus when you’re infectious. Unlike some other diseases like ebola where you are mostly in a hospital bed by the time viral load infects other people,” Gates said.

Muller asked him to shed light on the next disaster that humans are not prepared for. To this question, he said that one is climate change and other one is bio-terrorism.

He added that every year that would be a death toll even greater than we have had in this pandemic and added that the second crisis that he feels people don’t like to talk about.

On bio-terrorism, he said that somebody who wants to cause damage could engineer a virus and that means the cost, the chance of running into this is more than the naturally-caused epidemics like the current one.

At this critical time of coronavirus, will people be able to stop the next pandemic? To this question, he said NO. He added that there will be more pandemics in the days to come.

No one can be forced to be vaccinated against their wishes: Centre tells Supreme Court