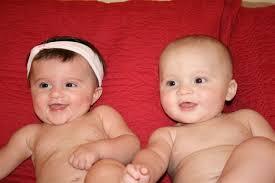 The researchers attributed the rise in twin birthrates to two possible factors – more women are using fertility treatments, such as in vitro fertilization, and more women are having children at an older age, Live Science reported.

Studies have shown that having children at an older age may increase the likelihood of having twins.

Changes in fertility treatments have likely attributed to the decline in triplet and higher-order birth rates, the researchers wrote.