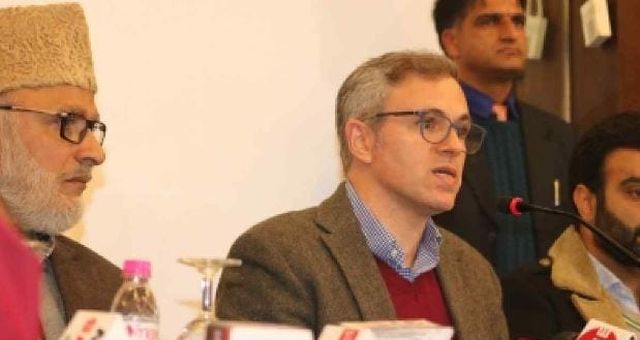 BJP state president Ravinder Raina said the statement of Omar Abdullah that some MLAs were being threatened by central investigating agencies was a serious one.

Raina said bringing in the names of premier investigating agencies like the National Investigation Agency (NIA) and the Central Bureau of Investigation (CBI) in the alleged threatening of MLAs is a serious matter and Omar Abdullah should come out with proof or seek public apology.

“How funny it is that Omar is now shedding crocodile tears for Jammu and the people of this region remained neglected and discriminated against during decades of rule by his party.

“BJP does not need any certificate from the National Conference or its leadership as the people of Jammu are best judges and can differentiate between the pro-Jammu and anti-Jammu political dispensations,” Raina asserted.

Omar Abdullah said earlier in the day that some MLAs were threatened by investigating agencies during an unsuccessful attempt by the two-member Peoples Conference (PC) headed by Sajad Lone to form a government in the state.

It must be recalled that after separate claims by both PDP and PC that they had the numbers in the state Assembly to form a stable government in the state, Governor Satya Pal Malik had dissolved the Assembly on November 21.