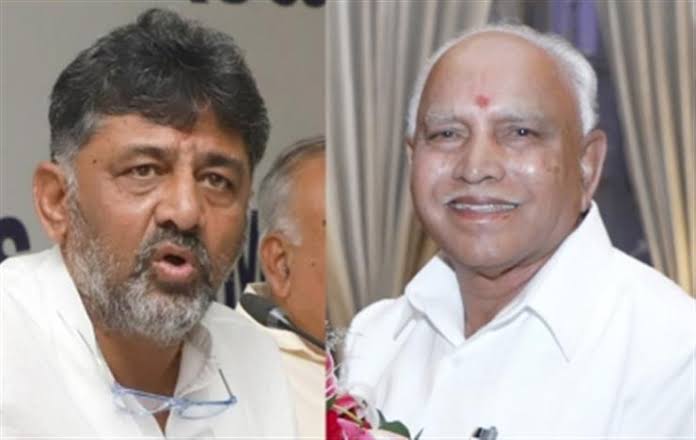 BENGALURU : It is going to be a fight between aggressive Hindutva agenda and common minimum programme and development in the upcoming Assembly elections in Karnataka scheduled in less than eight months time.

The ruling BJP is trying to consolidate its position by pursuing an aggressive Hindutva plank, after giving forced rest to former Chief Minister B.S. Yediyurappa.

This will be the first Assembly elections the saffron party will contest without the lead role of Yediyurappa in a long time.

The party is not bothered about the probable consequences as it is fully focusing on winning the elections on Hindutva and development planks, sources in the BJP said.

On the other hand, the opposition Congress is brimming with confidence. It is confident that the anti-incumbency factor and growing inflation will ensure a debacle for the saffron party in the upcoming elections.

The party leaders and workers, who were demoralised with infighting, are now charged after Opposition leader Siddaramaiah’s recent birthday bash.

Siddaramaiah and state Congress chief D.K. Shivakumar have proclaimed that they will bury the hatchet until the elections are over in the presence of former Congress President Rahul Gandhi.

While the Congress is banking on the anti-incumbency factor, an internal survey conducted by the BJP shows some worrying trends.

The party is plugging its holes on a war-footing and the high command is monitoring the developments in Karnataka very closely, said party insiders.

After the Covid pandemic, the state hit the headlines for the hijab crisis, boycott calls of Muslims, murders of Hindu activists followed by revenge killings, and the textbook row.

The Congress, on the other hand, staged massive agitations demanding the implementation of the Mekedatu project.

Along with the Congress, the Aam Aadmi Party (AAP) and the JD(S) are also coming down heavily on the ruling BJP over Hindutva, urging people to support them for development.

Basavaraj Sulibhavi, an activist and political analyst, told IANS that there is a direct flight between communalism and secularism. It is also a confrontation of diversity and oneness.

“Diversity has been the nature of Karnataka. There is a political party which is trying to change the very nature of this land,” he said.

The Congress can emerge victorious only if it puts up a united fight, he feels.

“The Congress leaders, though appearing to be united at the outset, try to finish off the other side within the party. Earlier occasions have shown that Congress is defeated by Congress leaders,” Sulibhavi said.

Congress MLA and former minister Priyank Kharge told IANS that people are going to reciprocate to the good things that the party is assuring them.

“People are going to vote for the Congress to secure their future, to get employment, and to beat price rise,” Kharge said.

“We have always expressed our stand to follow pluralism and fight for economic and political equality and Constitutional values. Karnataka is a progressive state, but the BJP is trying to turn it into a regressive state.

“At a time when Uttar Pradesh, Bihar, Madhya Pradesh want to follow the model of Karnataka, talks are doing the rounds about adopting the UP model here. We will not let the agenda of BJP succeed here,” he said.

Tanveer Ahmad, national spokesperson of JD (S), told IANS, “Firstly, we need to understand that Hindutva or Hinduism is not the domain of just one party. Hinduism, Islam, Christianity – they all belong to the individual who follows them.

“The religion which preaches eSarve Jana Sukhino Bhavantu’ cannot really be a hardliner. The line of projection by the BJP is indeed anti-Hindutva and anti-Hindu ideology. We are prepared to tell the people what they really need.

“H.D. Kumaraswamy is the single face for the post of CM from JD (S). Will the Yediyurappa faction allow present CM Basavaraj Bommai again for the post? Absolutely not.

“In the BJP, its national general secretary C.T. Ravi, higher education minister C.N. Ashwath Narayan — all want to become the CM. In Congress, everyone is the CM face,” Ahmad added.

Meanwhile, Arun Singh, the BJP’s Karnataka in-charge, has said Chief Minister Basavaraj Bommai is doing very good work, adding that under his leadership, the BJP is going to retain power by winning 150 seats in the state. — IANS