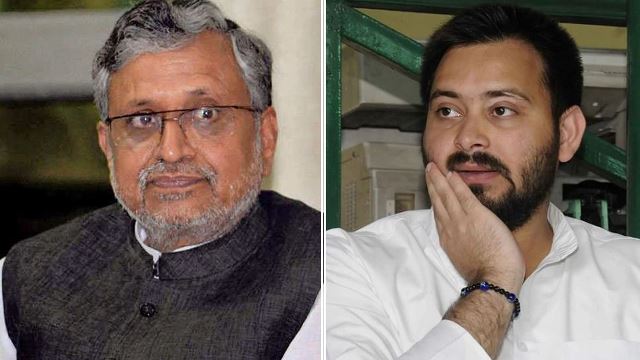 Patna: The BJP seems to have almost secured the single-largest party position in Bihar Assembly polls with trends showing it has an edge over the key opposition party RJD with a big gap, leading the NDA above the half-way mark in a close contest with Grand Alliance or the Mahagathbandhan (MGB).

The trend comes after the counting of votes in the first four hours till 12 noon. As per the counting trend, the JD(U)-BJP alliance is now ahead in 127 seats in the state while the MGB is leading on 100 constituencies for the 243-seat Bihar assembly.

While the BJP-led NDA fielded candidates on 121 seats, the Nitish Kumar-led party contested on 122 seats.

The results are mostly from counting of the postal ballots and EVMs simultaneously at 1,06,515 polling stations across the state

Chirag Paswan’s Lok Janshakti Party is leading on five seats followed by Asaduddin Owaisi’s All India Majlis-E-Ittehadul Muslimeen (AIMIM) (3) and Bahujan Samaj Party (BSP) on one seat. However, six Independent candidates were leading from different seats in the state.

Counting of votes got underway in the morning for the three-phase Bihar Assembly elections that may herald a new era in state politics, with exit polls predicting a victory for the RJD-led Grand Alliance.

The magic number for the winner is 122 in the 243-seat Assembly. The JDU-led NDA and the RJD-led United Progressive Alliance (UPA) are the main contenders.

Is the Nitish-BJP relationship slowly souring?