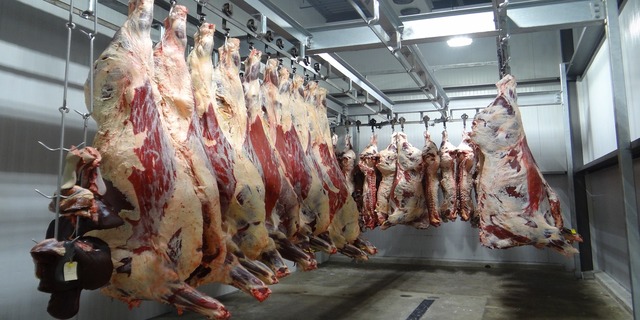 Chandigarh: Recently Haryana’s senate member and opposition leader Ajay Singh Chautala slammed Khattar government for their binary standard towards the beef ban, as on the one hand, they are issuing license of slaughter houses to the people belonging to RSS and providing them facilities  while on the other they advocate the beef ban policy.

He also criticized that the BJP government for destroying the moral values they taught to others.

Chautala also cited the recent example of village Jaspur, Panchkula where despite the heavy opposition from adjacent panchayats Khattar government facilitated their allies for setting up a slaughterhouse. Basically, the owner belongs to the Sangh Parivar.

However, he assured that INLD will resist the establishment of the slaughterhouse in Village Jaspur and construct a temple on the empty allotted space.