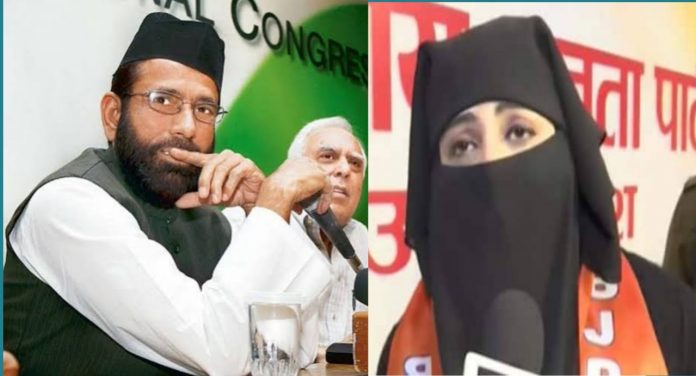 Mualana Tauqeer Raza Khan has said that Nida Khan, who recently joined the BJP, is not his daughter-in-law. She is currently not associated with him or his family in any way.

Nida Khan joined the BJP in Lucknow on Saturday ahead of assembly elections in Uttar Pradesh. She claimed that she is the daughter-in-law of Tauqeer Raza Khan, an Islamic cleric belonging to Bareilly in the state.

Reacting to the same, Maulana Tauqeer Raza said that she was married to his elder brother’s son almost seven years ago but was divorced a few months later due to some differences.

“She is being used by anti-Islam forces… The BJP is using her to defame me since I have expressed my support for the Congress party,” Maulana Tauqeer Raza said while speaking to this correspondent over a call.

He further said that he has only one son named Farman Raza Khan. He is unmarried and currently studying in Australia.