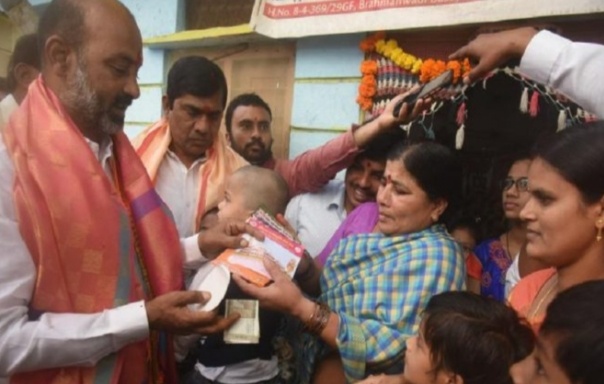 BHOPAL — Senior Congress leader and former Union Minister Kantilal Bhuria, while launching scratching attack on the Bharatiya Janata Party (BJP) over the fundraising drive for the construction of the Ram temple in Ayodhya, said people who are in the BJP drink alcohol in the night with the money collected in the name of Ram temple during the day.

The BJP has termed this statement by the Congress leader as ‘shameful’.

Bhuria, Congress MLA from Madhya Pradesh’s Jhabua, said that crores of rupees were raised in the first donation drive in the name of the Ram temple, and this money is being controlled by the BJP leaders. This amount should be deposited in the Ram temple trust.

Now the BJP is again collecting money going door-to-door, taking donations during the day and drinking liquor by the riverside at night, he said.

Bhuria’s statement has been termed as ‘disgraceful’ by Madhya Pradesh minister Vishwas Sarang who said that the Congress has always tried to discredit Lord Ram. The campaign to build the Ram temple in Ayodhya is not just by the BJP alone but crores of people in the country.

Earlier, Congress leader Digvijaya Singh said Muslim localities in Madhya Pradesh were being targeted during fund-raising rallies for the construction of Ram temple and called for an inquiry by a retired chief secretary or director-general of police into the violence.

Incidents of stone-pelting and arson were reported from some places after rallies in Ujjain, Mandsaur and Indore in the last week of December.