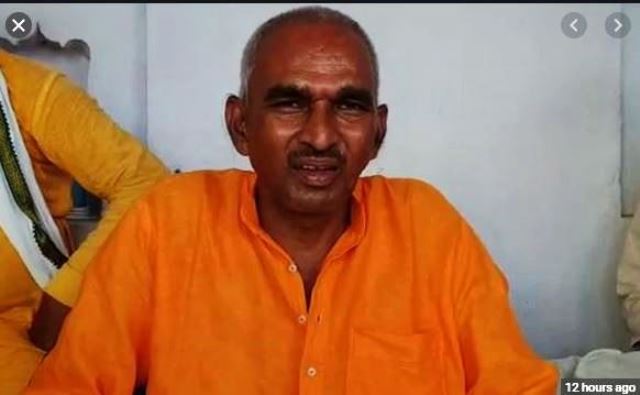 In 2018 he had defended former BJP MLA, Kuldeep Sengar, who has been convicted of rape, murder, attempt to murder in connection with the Unnao rape case.

Holding parents of girls responsible for incidents like rape, BJP MLA Surendra Singh on Saturday said that the government can’t stop them with their might.

Rrape cases in the country can be prevented only with “sanskaar” (culture and values) and not with “shasan” (governance) or “talwar” (sword), he said.

In a video released by news agency ANI, the MLA, who represents the Bairia constituency in Uttar Pradesh’s Ballia, is heard emphasising on the need for parents to inculcate good values in their daughters to prevent such crimes.

“It’s my dharma, government’s dharma but family’s dharma too… While the government is committed to protect, the family should be committed too to imbibe good values in their children. Sanskar and sarkaar can make India beautiful, there is no other alternative,” he is heard saying in a video. He was replying to a question by a reporter, who asked him: “Why do you think rape cases are continue even as is people say this is Ram Rajya?”

His comments come as the opposition leaders continue to attack the Yogi Adityanath government over the handling of the case. On Saturday, ex-Congress chief Rahul Gandhi, his sister Priyanka Gandhi Vadra met the victim’s family in Hathras, two days after they were stopped by the UP police from marching to the village.

The BJP MLA has been known for making controversial comments in the past. Last year, he had said that Nathuram Godse, who killed Mahatma Gandhi “was not a terrorist” and he “committed a mistake”.

In 2018 he had defended former BJP MLA, Kuldeep Sengar, who has been convicted of rape, murder, attempt to murder in connection with the Unnao rape case.

Earlier this year, he commented on West Bengal Chief Minister Mamata Banerjee, saying she is a “cruel-hearted woman”.

Bihar: FIR against BJP MLA under the Arms Act