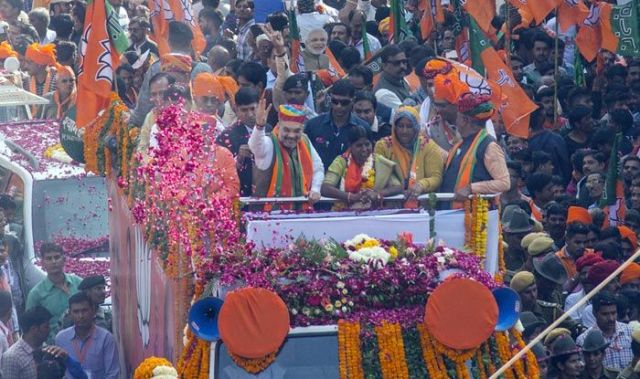 The BJP moved the apex court seeking an urgent hearing of the matter even though it was already on winter vacation.

The BJP’s plans to take out the “save democracy rallies” hit a roadblock when the High Court’s division bench on December 21 quashed the single bench’s order that had given go-ahead to the programme saying the party should not create any trouble during their movement as they would be held liable.

The Division Bench comprising Chief Justice Debasish Kar Gupta and Justice Shampa Sarkar sent the case back to the single bench with a directive that the latter consider the intelligence inputs provided by the state agencies.

The Mamata Banerjee government had moved an appeal before the Division Bench against the Single Bench’s December 20 order and seeking urgent hearing.

While setting aside Justice Tapabrata Chakraborty’s Single Bench’s order, the Division Bench directed it to study afresh the 36 intelligence inputs from 31 police stations and five police commissionerates submitted by the state government before it.

The Banerjee-led Trinamool Congress government had rejected BJP’s plea to hold the ‘Rath Yatra’, arguing there was “grave apprehension of major breach of peace and communal violence during and in the aftermath” of the programme.

The BJP was originally scheduled to hold three “Rath Yatra” rallies from north Bengal’s Cooch Behar, South 24 Parganas district’s Gangasagar and Birbhum district’s temple town of Tarapith, to be flagged off by party President Amit Shah on December 7, 9 and 14 respectively.

These rallies were meant to touch all 42 Lok Sabha constituencies in the state before converging in Kolkata in January.

The BJP then moved the Calcutta High Court on December 17 after the Bengal government’s decision and proposed December 22, 24 and 26 as fresh dates for the three rallies.