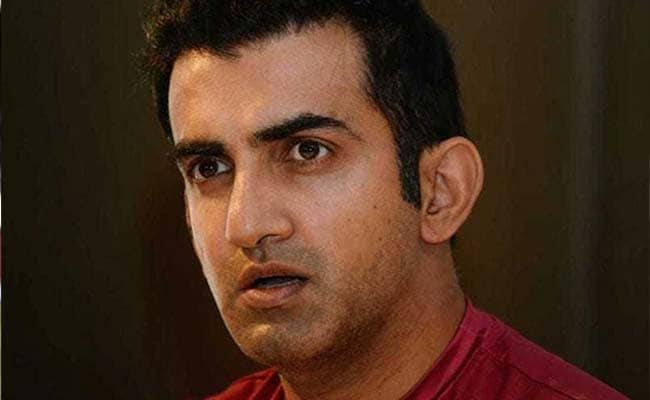 The drug controller informed the Delhi High Court that action will be taken against Gambhir’s foundation, drug dealers, as well as other such cases which were brought to its notice.

The drug controller also informed the court that MLA Praveen Kumar has also been found guilty of similar offences under the Drugs and Cosmetics Act.

The court asked the drug controller to submit a status report on progress made in these cases within six weeks. The court has posted the matter for further hearing on July 29.

On May 31, the Delhi High Court had said it cannot be taken for a ride, as it pulled up the drug controller, for not properly probing the issues involved with procurement of huge quantity of Fabiflu, used in the treatment of Covid-19 patients, by BJP MP Gautam Gambhir.

A bench comprising Justices Vipin Sanghi and Jasmeet Singh had said: “You can’t take us for a ride. If you think we are so naive, we are not.”

Slamming the drug controller, the bench added, “You better do your job. If you can’t do your job, tell us, we will have you suspended and let someone else do your job.”

Rejecting the status report filed by the drug controller, the court said its confidence in the drug controller was shaken. The report was filed in connection with its probe into procurement of the medicine by cricketer-turned-politician Gambhir.

The court noted it was well-known that the essential Covid drug was in short supply.

However, Gambhir purchased several strips of the medicine; and others, who needed it, could not get it, the bench added. “You (drug controller) are wrong to say it was not in short supply. You want us to shut our eyes. You think you would get away with this,” said the bench.

The high court did not mince words in criticizing recent statement by Gambhir stating that he will continue to do such work.

The bench said: “We have already said it is a malpractice. This tendency of people trying to take advantage and then trying to appear as a saviour when they themselves created the problem, has to be denounced.”

The court also examined the report in connection with the allegations against AAP MLAs Priti Tomar and Praveen Kumar for hoarding of medical oxygen.

The report in connection with allegations against Tomar was accepted by the court, however, it trashed the reports in connection with Gambhir and Kumar. The court gave three days to the drug controller of the Delhi government to file better reports.

The court was hearing a PIL seeking registration of a case on the allegations that politicians are able to procure in huge quantities and distribute Covid-19 medicines even as patients were running from pillar to post to get them amid a brutal second wave of the pandemic. -IANS

‘Will file a better affidavit’, Delhi Police to SC on hate speech at Delhi meet