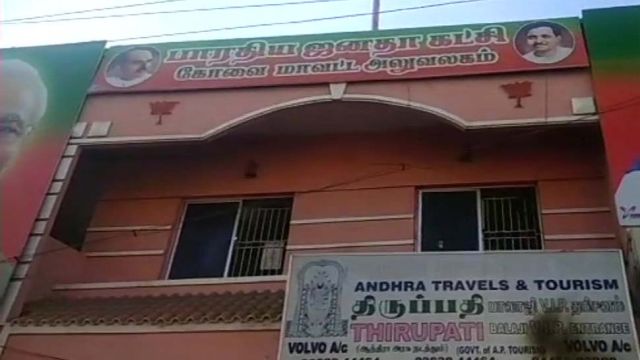 Chennai : Hours after a BJP office in Tamil Nadu was attacked, party National Secretary H. Raja on Wednesday expressed regret for his Facebook post that said statues of rationalist movement founder E.V.Ramasamy or Periyar would be razed to the ground in the state.

Early on Wednesday a petrol bomb was hurled at a BJP office around 500 km from here in Coimbatore by unidentified persons.

Later in a fresh Facebook post on Wednesday, Raja expressed his heartfelt regret for his Tuesday’s post, which he claimed was a message posted by his social media administrator without his permission and hence he had removed it.

Raja expressed regret if his post had hurt anybody’s feelings. According to him, damaging the statues of Ramasamy is not agreeable.

Late on Tuesday, two persons were arrested in Thirupattur in Vellore district for vandalising Ramasamy’s statue.

The attackers at the BJP’s office in Coimbatore had come in a three wheeler and had thrown the petrol bomb inside the office. Police are investigating the case.