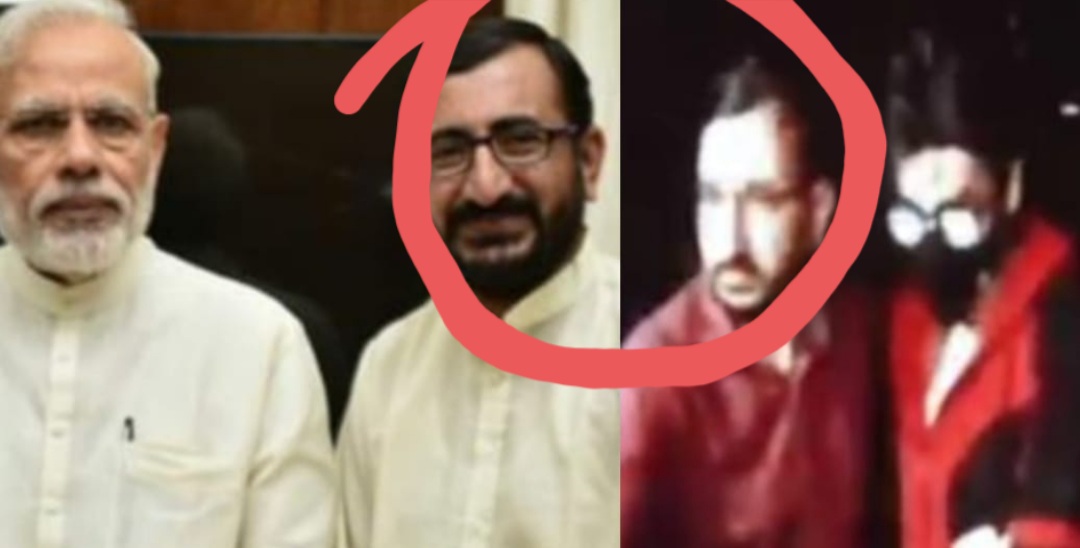 Nawab Malik, a spokesperson for the Nationalist Congress Party (NCP), has claimed that BJP leaders were involved in the Narcotics Control Bureau (NCB) raid on a Mumbai cruise ship on Saturday night, following which Aryan Khan, the son of Bollywood superstar Shah Rukh Khan, was arrested.

Malik claimed that a person named KP Gosavi was seen bringing Aryan Khan to the NCB office during a press conference on Wednesday, October 6th.

According to Malik, he also took a selfie with Aryan. After the selfie went viral, NCB issued a statement claiming that the individual has no affiliation with the organisation. Malik posted a screenshot of Gosavi’s Facebook page, where the latter describes himself as a “private detective agent.”

Here’s the video of Kiran P Gosavi and Manish Bhanushali entering the NCB office the same night the cruise ship was raided. pic.twitter.com/25yl9YsrSJ

Another video shows a person escorting Arbaaz Merchantt, who was detained alongside Aryan, to the NCB office, according to Malik. He claims the person in question is Manish Bhanushali, vice president of a BJP wing. Malik also displayed photos of the men with Prime Minister Narendra Modi, Home Minister Amit Shah, Devendra Fadnavis, and other prominent figures.

Will anyone from the @narcoticsbureau
answer this ? Why was a BJP leader and a private investigator a part of the NCB raid on Aryan Khan and the others. Why were they given access through the arrests ? And where is this concern for the 3000 kg heroin seized at Mundra port ? pic.twitter.com/IpwLIfvKf9

According to the minister, no drugs were seized during the raid.
“On the cruise, no seizures were made. All of the images released were taken at the NCB office. This is merely a smear campaign against Bollywood celebrities and the MVA government. The cruise raid by NCB was a hoax “Nawab Malik asserted.

#ManishBhanushali is NOT an NCB official.
He's associated to political party @BJP4India.

Who gave him the permission to man-handle 2 high profile accuses?#WeStandWithAryanKhan#WeStandWithSRK #AryanKhan