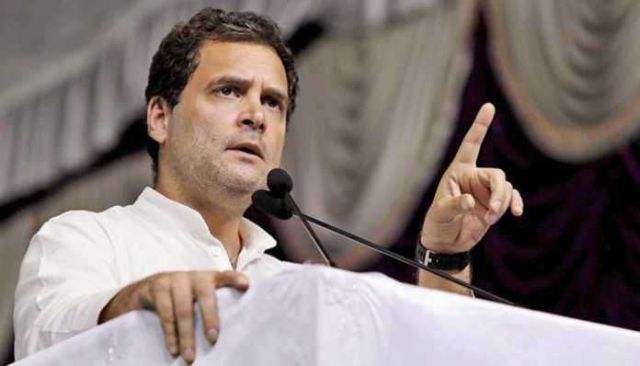 New Delhi : Congress President Rahul Gandhi has lambasted the BJP and RSS, saying they were working “to divide and spread hatred” in India.

Gandhi made the statement while addressing the Indian Overseas Congress on Thursday in Berlin, the Congress said on Friday. His address was not aired live due to a technical glitch.

Interacting with the Indian-origin parliamentarians, Gandhi said that “the government which is now ruling in India, the Bharatiya Janata Party and Rashtriya Swayamsevak Sangh, want to divide and spread hatred in the country. The Congress party will not let this happen”.

Gandhi said the strength of India lies in listening to the views of every citizen, despite religion, section of the society and caste.