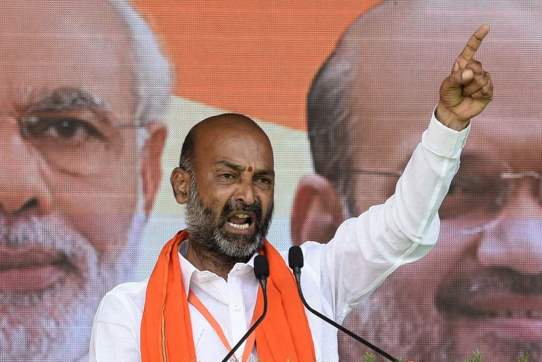 He further said that after the BJP came to power in 2023, it would confiscate all of Nizam’s properties in the state and hand them over to Hindus.

The Karimnagar MP made the hate speech while addressing a public meeting near Are Maisamma temple on Hyderabad’s outskirts on the third day of his ‘Praja Sangrama Yatra’.

“We have taken up the Praja Sangrama Yatra to focus on the issues faced by the people. Our party is being branded as one that is bent on provoking communal hatred and we will definitely do so if the TRS tries to cozy up to the outfits that represent Muslims,” he said while making a reference to AIMIM.

There has been a rise in attacks against Muslims and other minority communities since 2014 when the BJP came to power with the support of Hindu extremist organisation,  Rashtriya Swayamsevak Sangh.

A threat to free speech, hate speech needs to be defined and contained