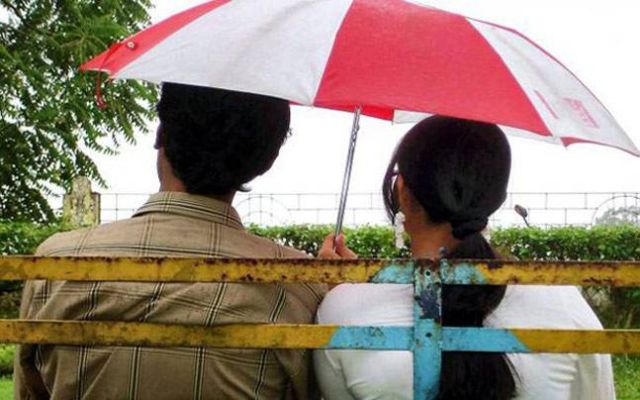 Ghaziabad : Bharatiya Janata Party (BJP) workers on Friday clashed with police in Ghaziabad over the marriage of a Hindu girl with a Muslim boy, which the activists described as a case of “love-jihad”.

The BJP workers, accompanied by the representatives of other Hindutva outfits including the Shiv Sena, Bajrang Dal and Jai Shiv Sena, staged a sit-in protest outside the house of the parents of the girl and disrupted traffic.

The girl’s father had organised a reception after the marriage at his house here.

Later, the police removed the protesters using force, saying they were trying to interfere with the private life of an individual.

Pushpendra Kumar, the father of the bride, told IANS: “I had been receiving phone calls for last two days to stop this marriage. But both are major and mature enough to know what’s wrong and what’s right.”

His daughter Nupur Singhal is a psychologist, who has done her Ph.D in Human Psychology, while her husband Mansoor Harhat Khan is an MBA and working with a private company. His family originally belongs to Aligarh, while his father Harhat Bashir Khan lives in Delhi and also owns a house in Noida.

“They have decided to live together, so they have registered their marriage under the Special Marriage Act in Ghaziabad. We had arranged a reception party today (Friday). I don’t see any love-jihad in their marriage,” Pushpendra Kumar said.

According to him, the boy even offered to marry as per Hindu rituals. “But neither the groom’s family nor ours put any conditions and left it to the girl and the boy, and they went for court marriage,” the father added.

They are in touch with the Noida SSP as they apprehend that on Saturday, “some mischief” could take place in Noida, at the house of the boy’s father.

The police said they used mild force to disperse the crowd. “How can the police allow people to barge into someone’s house? We got a distress call and we performed our duty,” said SSP H.N. Singh.